Yeti Cycles is a small but innovative bicycle company that has been devoting all of its resources to making championship-winning mountain bikes since 1985.

Yeti is a mountain bicycle manufacturer based in Golden, Colorado, with a rather small product lineup, but with a massive cult following.

It has an impressive history of racing, as some of the best MTB racers won trophies on Yetis, such as Missy Giove, John Tomac, and Juli Furtado.

Yeti’s bicycles typically feature carbon fiber frames, high-end components, premium suspension, proprietary technologies, and progressive design. Another common denominator of Yeti bikes is a bright turquoise color, which is as significant for Yeti as celeste is for Bianchi.

Today, Yeti bikes are wildly popular and successful, especially among enthusiasts and professional riders, their history was quite turbulent and full of uncertainty.

Yeti Cycles was founded in 1985 by John Parker, at the moment when mountain biking was becoming increasingly popular in the USA. Parker decided to establish Yeti after working as a welder for the Hollywood movie industry for a few years.

He fell in love with cycling and decided to use his knowledge to build innovative bicycles.

In 1990, at the time when the first MTB championship was held in Durango, Colorado, Yeti decided to move their headquarters from California to Durango to be closer to the action.

What followed was the golden years for Yeti until the late 1990s and early 2000s. The company experimented a lot with different designs but was best known for their FRO (For Racing Only), A.R.C., and Lawwill DH-9 models. Yeti’s ownership changed hands several times during this period:

Yeti Bikes in 2021 is still owned by Chris Conroy and Steeve Hoogendoorn. Chris is currently the president and Steeve the vice president of the company.

Yeti continues to develop groundbreaking mountain biking technologies, such as the Switch Infinity suspension, and collaborate with some of the best athletes in the sport.

Yeti has a strong racing tradition that goes back all the way to the brand’s beginnings. Yeti’s entire philosophy is contained in one simple sentence that the company swears by:

We build bikes we want to ride.

Yeti’s race-driven approach to mountain biking has produced multiple World, National, and Regional champions, including some of the most talented racers to ever compete in the sport.

Looking at the lineup of available Yeti mountain bikes, we can conclude that Yeti focuses on quality rather than quantity. Unlike most cycling brands out there, Yeti sticks to what it does best—making mountain bikes.

All of the models that Yeti offers are made from carbon and all but one feature full suspension.

Yeti’s focus is firmly set on racing, which is reflected in the bicycles they make.

Though its bikes are known for being pricey, Yeti offers each model in several different builds made with mid-range or high-end components. Used Yeti bikes are popular as well and don’t lose value too quickly. 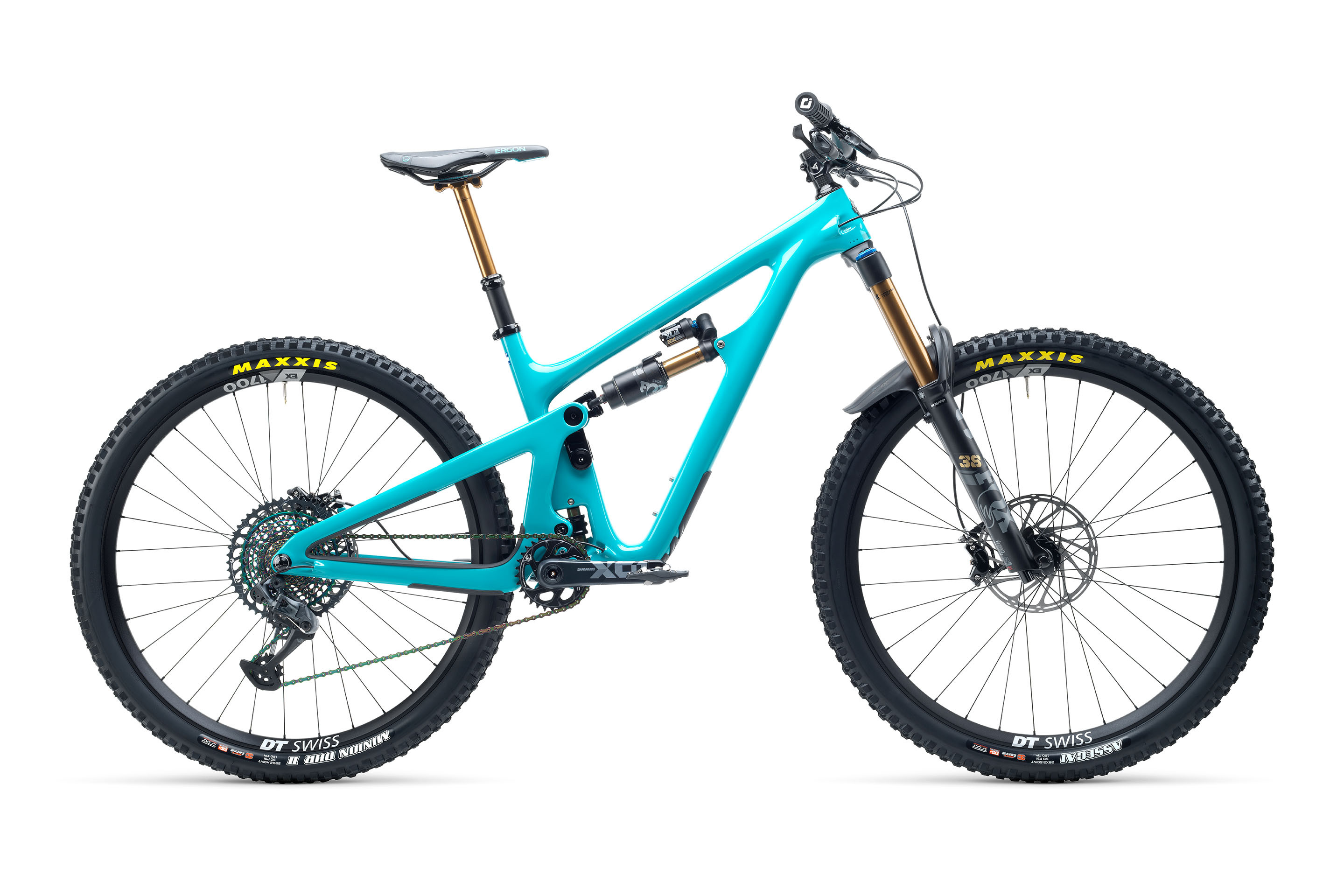 The SB150 is a race-ready, long-travel 29er trail bike built around either TURQ or C/Series Yeti bike frame. As its name implies, SB150 has 150mm of travel in the shock and 170mm in the fork, which is either Fox Performance or Fox Factory. This Yeti full-suspension mountain bike is available in five unique builds. 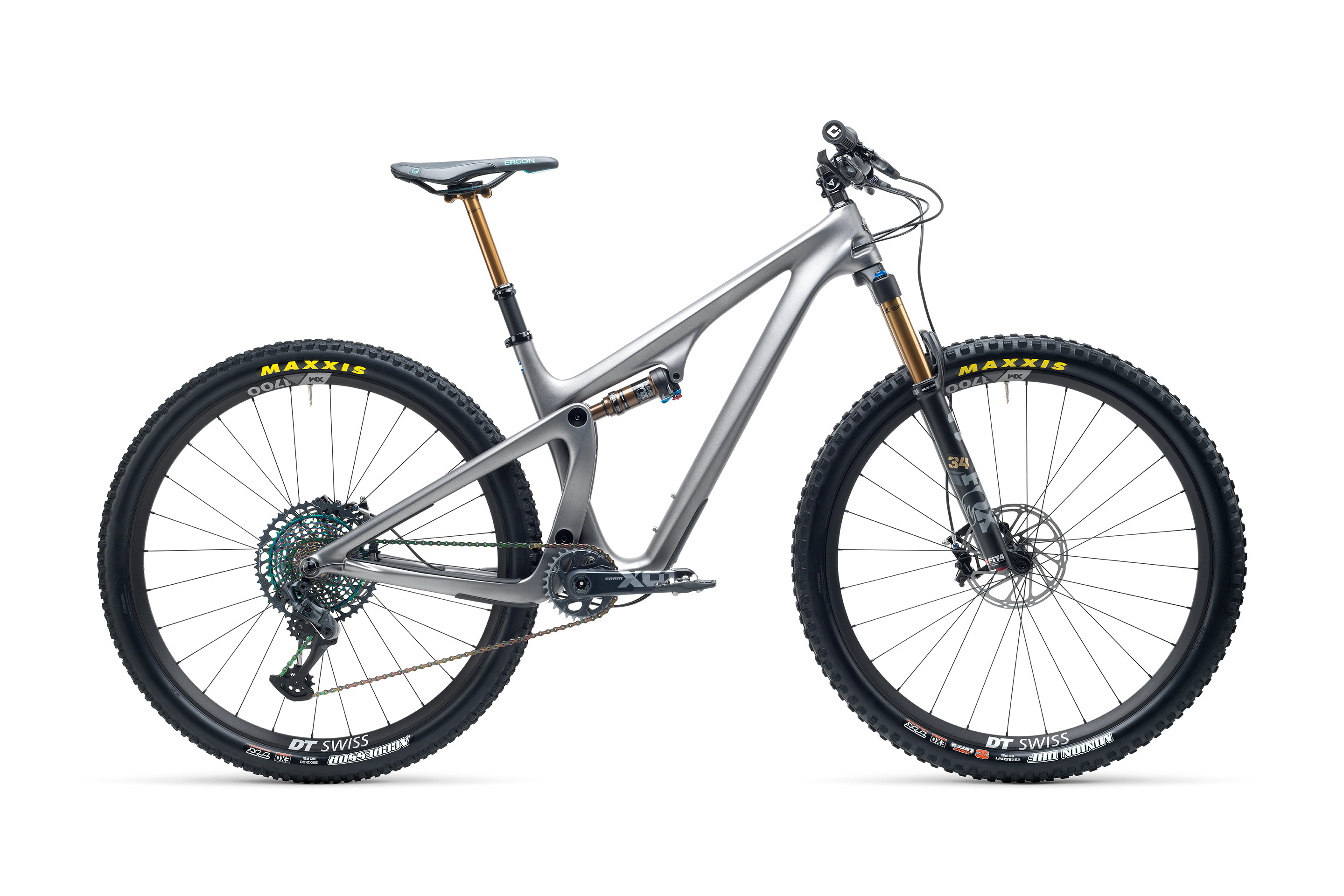 The SB115 is a 29″ XC race bike with 115mm of travel in the rear and 130mm in the front. It features Yeti’s Switch Infinity technology and comes available in five different builds. Yeti SB115 is a versatile short-travel bike that emphasizes speed. It’s a great climber and can be used for XC racing or fast-paced trail riding. 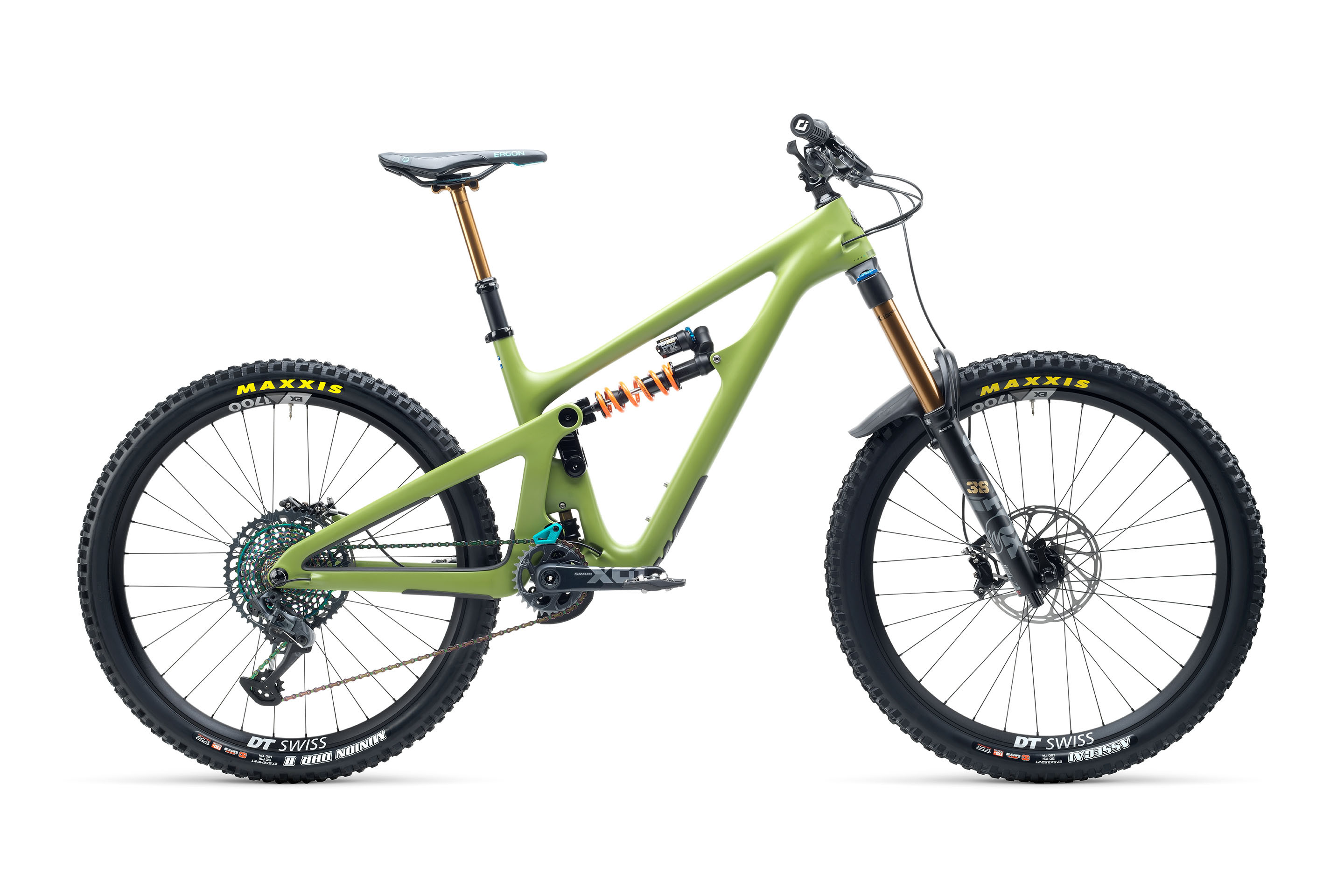 Yeti SB165 is a trail bike with a super-long-travel suspension setup. It has 180mm in the fork and 165mm in the shock and rolls on wide 27.5″ wheels and tires. This Yeti full-suspension mountain bike is ideal for ripping challenging trails, smashing cloud-high jumps, and satisfying the adrenaline craving of park-rats. Pick one of the six available builds. 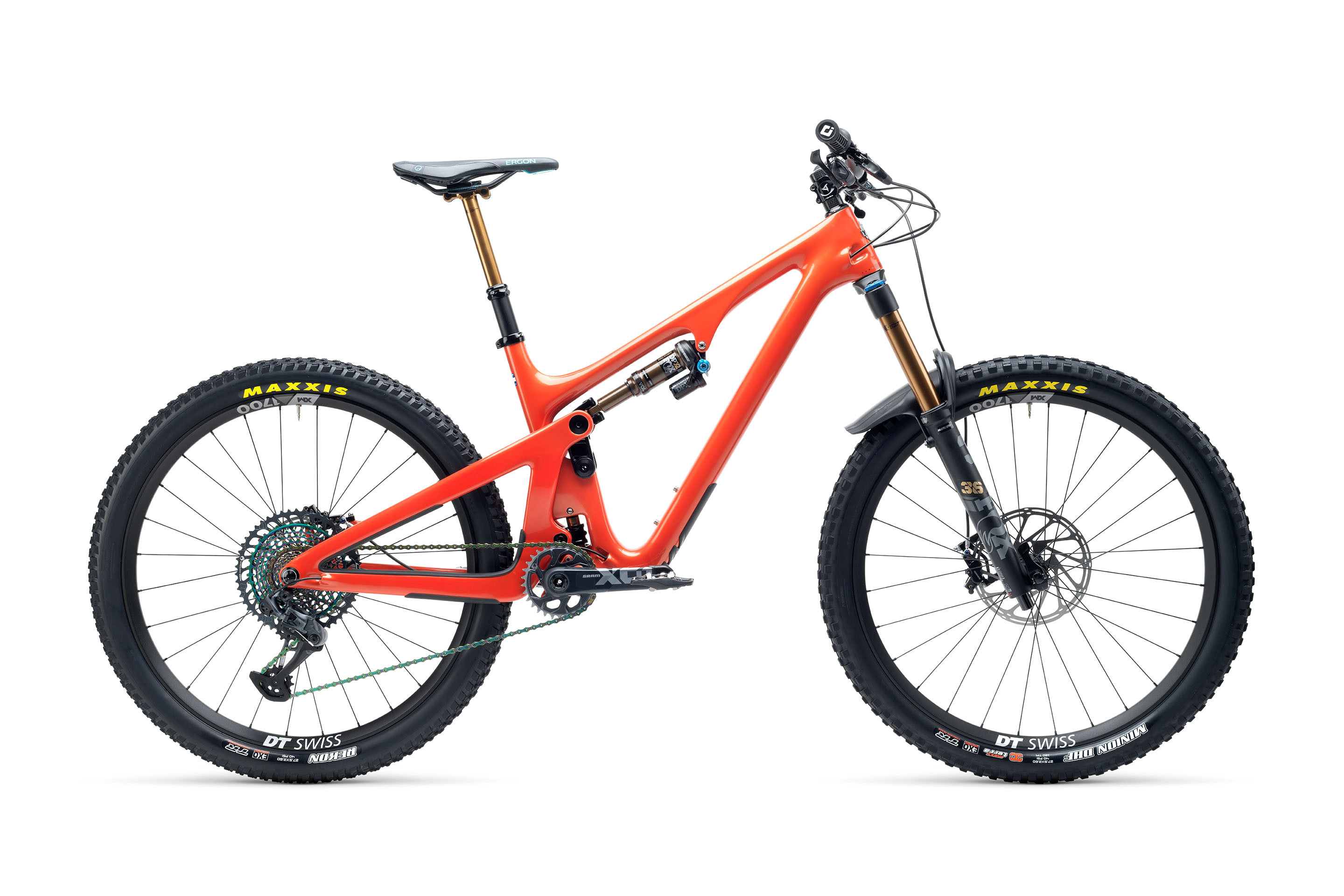 Yeti SB140 is a purebred 27.5″ trail bike ideal for all-around trail performance. This is a full-suspension trail rig with 140mm of travel on the rear end and 160mm on the front end. SB140 is playful and fast, built around a carbon frameset, with premium Shimano and SRAM components. Legend says it’s just as capable as a 29er. 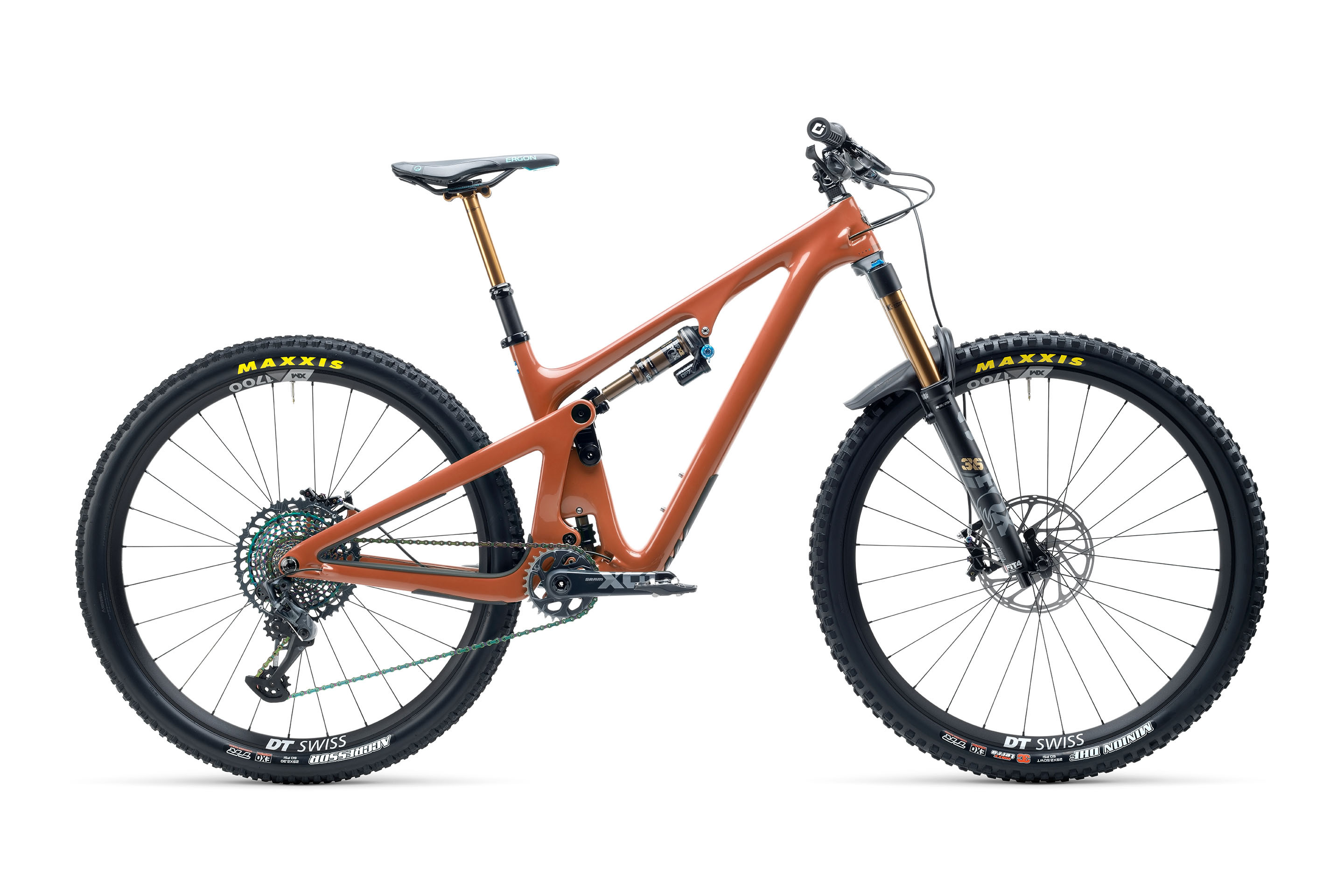 Yeti SB130 is a do-it-all trail bike with modern geometry and beefy 29″ wheels. This bike features 130mm of rear suspension and 150mm of front suspension, but CLR models have 160mm in the fork and 137mm in the shock. This is a fun and capable trail bike with Switch Infinity suspension, a carbon Yeti bike frame, and a plethora of other high-tech features. 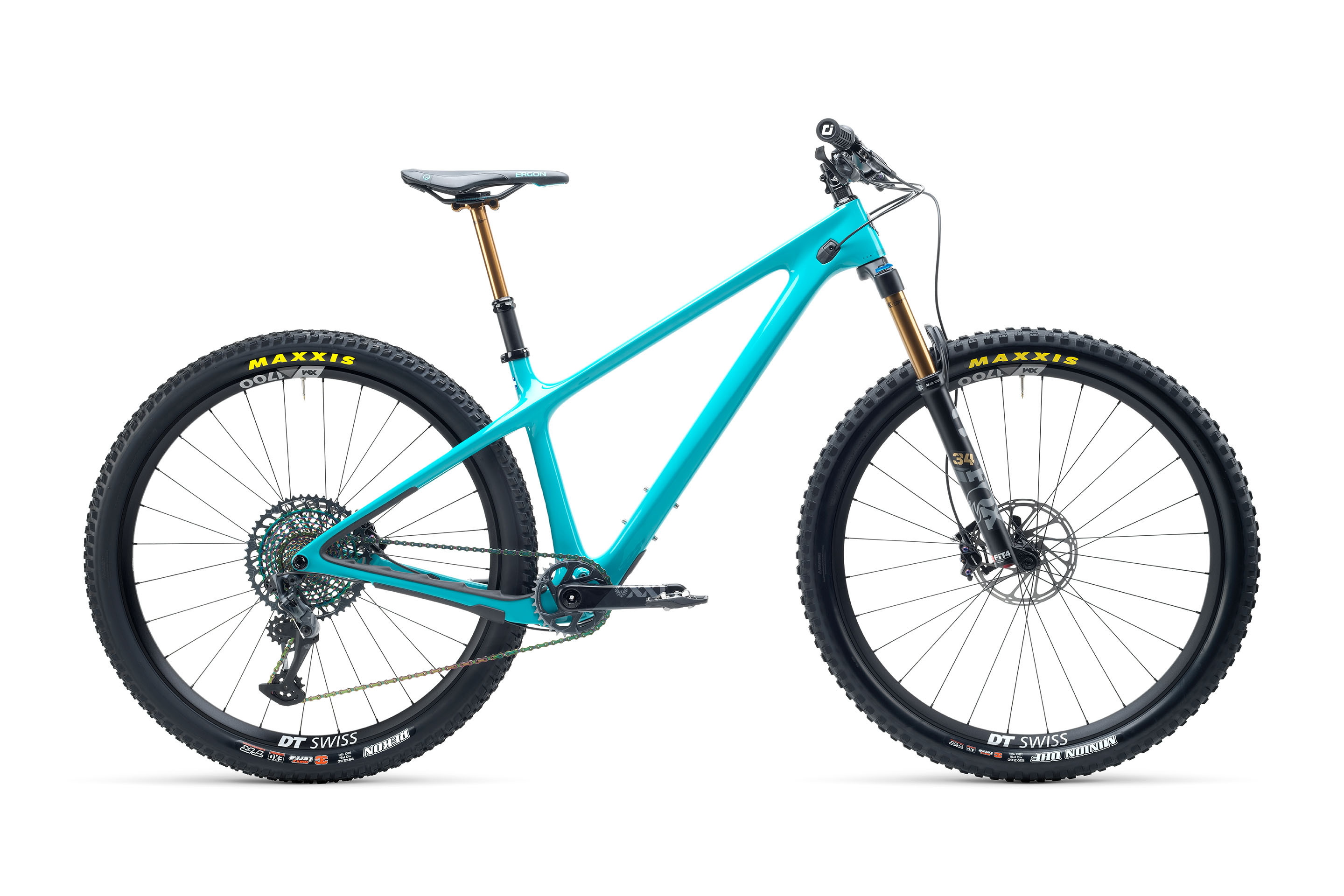 Yeti ARC is the only hardtail bike this company makes. It is one of the oldest models, dating back to 1991. ARC was discontinued in 2016, but now came back longer, slacker, lower, and a lot more capable than before.

This bike is made only with the premium TURQ carbon frames, even though it started as an aluminum rig back in the days. A special limited-edition Yeti ARC 35TH model is available as well, built to celebrate the company’s 35th anniversary in 2020.

Over the years, Yeti has become a synonym for innovation in the mountain biking world. The company has never shied away from risks and experiments, which resulted in a number of ground-breaking technologies, some of which changed MTB riding and racing forever.

The most important ones are definitely the ultra-lightweight carbon Yeti bike frames and the Switch Infinity suspension system found on Yeti’s full-suspension mountain bikes. 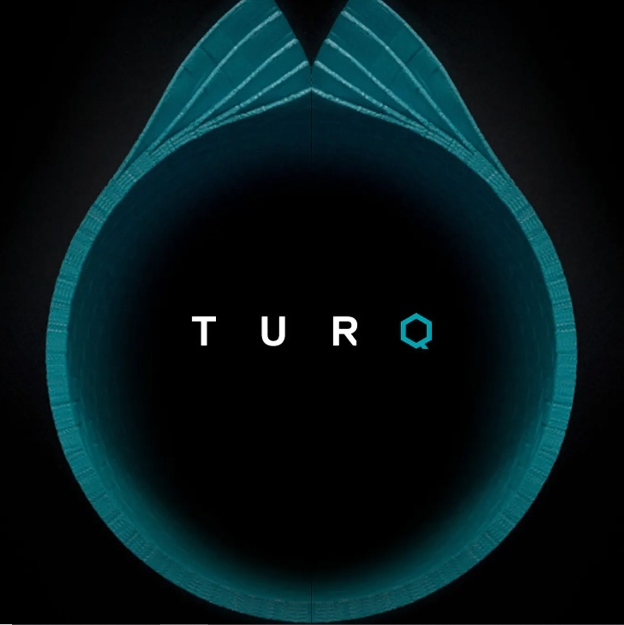 All Yeti bikes utilize carbon fiber, as the company strives to make durable and lightweight race-ready rigs that set the standard for the competition.

C/Series is the more affordable and heavier material that’s used for mid-range builds. On average, C/Series frames are 225g heavier per frame compared to their TURQ counterparts.

It has the perfect balance of stiffness and compliance which is achieved through extensive testing done by world champion MTB riders.

According to Yeti, weight is the only difference between these two types of frames. They’re pretty much the same in terms of stiffness and durability. 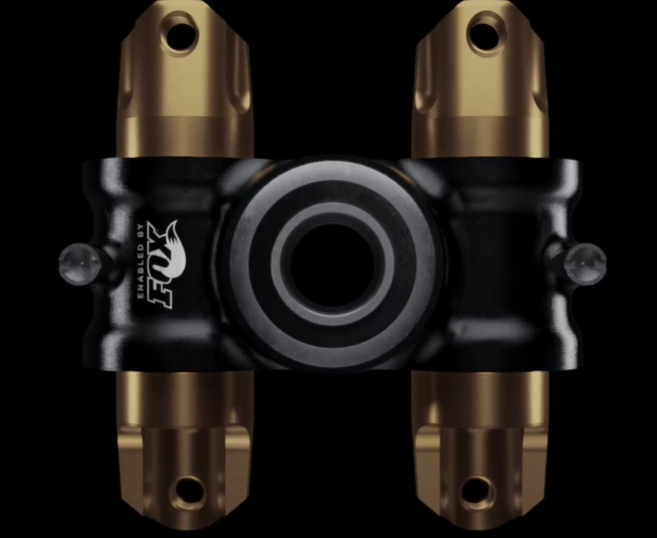 Switch Infinity is Yeti’s proprietary suspension system that uses a translating pivot that switches direction as the bike moves through its rear travel curve.

This ensures anti-squat properties that enhance pedaling performance and prevent the rear shock from bottoming out.

As a result, the system is engineered and tested to withstand the worst riding conditions.

In order to get the most out of your Yeti bike when ripping the trails, you should make sure to get the right frame size.

Check out the Yeti bike size chart below to choose the correct frame based on your height.

Yeti makes high-end carbon fiber bikes equipped with some of the best components money can get. Yeti bikes are the result of years of racing expertise and engineering, so the answer is a definite ‘Yes’. These are expensive bikes that not everyone can afford, but they are worth the money.

No, Yeti Cycles is not related to Yeti Coolers. These are two completely different companies. However, as Yeti says, “They make some pretty cool products.”

How much is a Yeti bike?

Yeti’s full-suspension bicycles usually cost between around $5,000 to $9,000, whereas the hardtail option costs between $3,500 and roughly $7,000. The price depends on the frame material and components, so a mid-range model with a lower-grade carbon can be bought for around $5K.

Yeti Cycles manufactures its frames in Vietnam. Even though the Yeti bike frames are made overseas, the bikes are assembled in the USA, where they pass quality checks before being shipped to their future owners.

Who is Yeti owned by?

Ever since 2001, Yeti Cycles has been owned by Chris Conroy and Steve Hoogendoorn. Chris is the president of the company and Steve is the vice president. They used to be Yeti’s employees but decided to buy the company in 2001 with a handful of other employees and bring it back to life.

What does Yeti SB mean?

The ‘SB’ in the name of the majority of Yeti mountain bikes stands for ‘Super Bike’. Just like supercars, Yeti’s superbikes feature ultra-lightweight materials and come equipped with the best parts available in the industry. They’re built for racing and performance, so the name makes sense.

Why is Yeti so expensive?

Yeti bikes are so expensive because this is an iconic brand that has helped transform the sport from the beginning. Yeti’s pricing formula includes premium materials, high-end components, advanced engineering, and stellar marketing. You get a lot of bike for your money, but you’re paying for the brand as well.

Will Yeti make an ebike?

Yeti’s owners have told in an interview that they are testing different e-bike prototypes but that they still don’t have a model that’s ready to hit the market. The main problem is making the motor and battery work with Yeti’s unique suspension and offering the bike at a reasonable price point.

Does Yeti make a hardtail?

Yes, Yeti makes one hardtail bicycle called Yeti ARC. This bike was first developed back in 1991, so it’s one of Yeti’s oldest models. The company discontinued this model in 2016 but then reintroduced it again in 2020. It boasts 29″ wheels and a 130mm Fox Performance of Fox Factory 34 fork.

What brand is comparable to Yeti?

Yeti is a unique mountain biking brand, but if we had to compare it to another brand, it would be Ibis Cycles. Both companies almost exclusively make full-suspension bikes and both are premium brands that offer pricey race-ready bicycles. However, Ibis also makes gravel and aluminum bikes.

Yeti has been around for more than 35 years and during all that time they stayed true to their initial mission—making awesome race-worthy bikes that they themselves would ride.

Some might say that Yeti is a boutique brand with boutique prices, which is partly true. Still, Yeti has helped shape the mountain biking industry, which is why it is still one of the most highly regarded names in the MTB world.

Thanks to the TURQ carbon frames, Switch Infinity suspension, and partnerships with some of the biggest brands in the game, Yeti Bikes in 2021 still set the standards for others.

If you want a uniquely capable mountain bike that you can practice your skills on, have a blast every single day, or win top-level competitions, there are few options that make as much sense as Yeti.

See All Yeti Bikes On JensonUSA