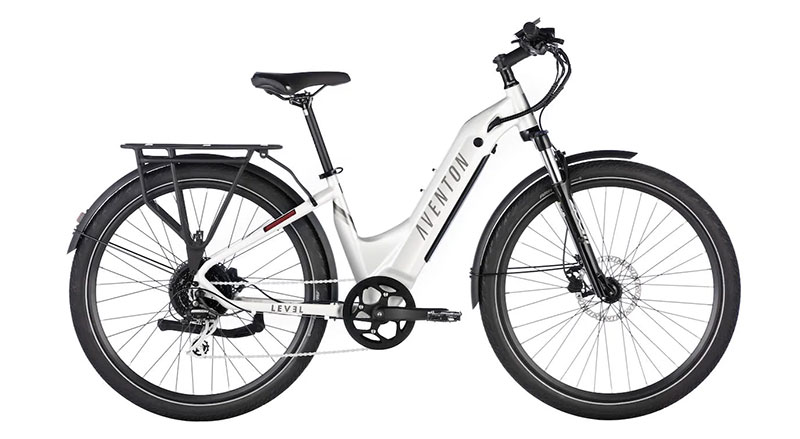 Aventon Level commuter e-bike is designed for comfort, speed, and range. Its battery provides a 40-mile range on a single charge, and the bike’s geometry is simultaneously comfortable and fast.

Perhaps the best part of the Aventon Level e-bike is its features which include cadence and speed sensors, front and rear fenders, and a rear rack.

Aventon Level electric bike is one of the best in the business for those looking to commute by bike.

This bike has all the features you need to replace your car with an e-bike, especially for cyclists who live in or near the city.

In this Aventon Leve e-bike review, we’re going to explain why the Aventon Level is one of the best commuter electric bikes available.

It’s not just the electronics or the features, or the frame – the Aventon Level commuter electric bike is the whole package.

The Aventon Level specs list is a long list of impressive numbers and one that is surprising at this price point.

When you factor in the accessories that are included with the Aventon Level, you realize that this bike has a wildly impressive range of features and electronics, especially for a commuter e-bike.

See the Model on Aventon

Aventon Level frame is made of 6061 Double-Butted Aluminum Alloy and includes an internal battery. It comes with speed and cadence sensors, plus a rear-mount kickstand. The Aventon Level weight is 62 lbs. for the entire frame and battery, which is on the low end for a commuter e-bike.

Aventon Level components range from the 8-speed drivetrain to the hydraulic disc brakes.

First, the Aventon Level e-bike has a 12–32T, 8-speed cassette which provides an excellent range of gearing for a commuter electric bike. The crankset is 170mm with 46T chainring, and the hydraulic disc brakes come with 180mm rotors.

Around the hydraulic disc brakes, the Aventon Level has double-wall aluminum 36h rims with 27.5” Ebike Rated tires with reflective sidewalls. To further increase comfort, the Level has ergonomic comfort grips and an Aventon saddle by Velo.

Lastly, the impressive Aventon Level display is an M5 LCD Smart Easy-Read display with a backlight.

Aventon Level comes with a motor with 750W (Peak) and 500W (Sustained) power. The throttle and top speed of the Level make it a Class 3 e-bike. The bike even comes with a throttle on demand, which means that you can use the throttle from a complete stop.

The Aventon Level battery is a removable internal Lithium-ion 48V, 14Ah (672Wh) that provides a 40-mile range, on average. With five pedal assist levels and eight gears, you will never run out of range on the Aventon Level.

At the front of the bike, the Aventon Level has a feature that isn’t always included on commuter e-bikes: front fork suspension.

Specifically, the Aventon Level suspension is a coil spring suspension setup with 75mm travel and lockout.

This helps increase comfort at the front end of the Aventon Level, especially on bumpy roads or mixed terrain on commuting routes.

Level.2 is the improved version of the original model

The only difference with the Aventon Level step-through is the frame shape.

Specifically, the Aventon Level Step-Thru is missing the top tube of the 6061 aluminum frame, which allows you to “step through” the frame in order to mount the bike. Step-through models are best for riders with limited mobility or just prefer to ride more comfortably.

The other Aventon Level offering is the Level.2 which has an extended range and torque sensor included.

See All Models on Aventon 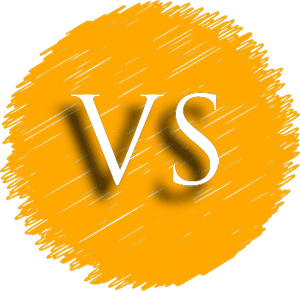 Of course, there is more than one commuter e-bike on the market. In fact, there are hundreds of them, including a few more from Aventon.

Below, we take a closer look at comparable commuter e-bikes from Aventon and Ride1UP.

Compared to the Aventon Level, the Aventon Pace 500 Next-Gen is a slightly less powerful hybrid e-bike. The main difference between the two is their electronic capabilities.

Both bikes are powered by pedal assist and throttle, including five levels of pedal assistance and a 28mph top speed. Another big difference is in their front forks. Pace 500 Next-Gen comes with n AE-E08 PACE V2 AL fork whereas the level comes with 75mm travel in its front suspension fork.

Lastly, the geometry of the Pace 500 Next-Gen is more of a hybrid than a commuter, though the two are quite similar. Both positions are relaxed and upright, and both bikes come with fenders and lights.

Ride1UP 700 and Aventon Level are very similar bikes – they are both comfortable commuters with 750W motors and a 40-mile average range.

They are also Class 3 electric bikes with a top speed of 28mph using pedal assist, and 20mph using the throttle. Both bikes come with front and rear lights, a kickstand, and a rear rack.

Significantly, Ride1UP 700 has significantly more travel in its front suspension fork, 100mm compared to the Aventon Level’s 75mm. Their tires are also different, the Ride1UP 700 includes 27.5” x 4” high-performance WTB Groov-E Tires. Both bikes have 8-speed shifting, though Ride1UP 700 has an 11–30T Shimano cassette.

The Aventon Aventure is a cross-country e-bike designed for a variety of mixed terrain and more technical off-road riding. This is a big contrast from the Aventon Level which is designed as a comfortable commuter e-bike.

Specifically, the Aventure has a lower default top speed and wider tires to cope with off-road terrain. Both bikes have five pedal assist levels plus a throttle. At 73 lbs., the Aventure weighs 11 lbs. more than the Level.

The Aventure is better equipped for off-road and adventure rides thanks to its 400-lb payload capacity. It also is the only Aventon bike that comes with 26” wheels. Lastly, the Aventon Aventure has a slightly larger battery that the Level as well as other Aventon bikes: a 48V (720Wh) battery with a 45-mile range.

What class e-bike is the Aventon Level?

Aventon Level ships as a Class 3 e-bike because it has pedal assistance up to 28mph. If you are riding somewhere with e-bike restrictions, you can modify the Level’s speed limit in the settings. The Aventon Level’s throttle can also be unplugged and removed if you are riding in an area that does not allow throttles.

Aventon Level commuter e-bike has a removable 48V (672Wh) battery which provides a range of up to 40 miles.

How heavy is the Aventon Level bike?

Aventon Level weighs 62 lbs. Surprisingly this is not too heavy for a bike like this. While 62 lbs is not light in any sense, there are still electric bikes that reach the 70+ lb range.

The front suspension fork and Ebike-rated tires make the Aventon Level one of the most comfortable commuter e-bikes available.

Add in the powerful 750W motor and removable battery with a 40-mile range, and you have an e-bike that can take you almost anywhere on the road. With five pedal assist levels, a throttle, and a top speed of 28mph, you can commute in moments without breaking a sweat.

There are even Step-Thru models available, including the Aventon Level.2 Step-Thru which offers an even bigger range of up to 60 miles on a single charge.

With a wide variety of capabilities and options to choose from, there is an Aventon Level commuter e-bike designed for everyone.

See All Models on Aventon