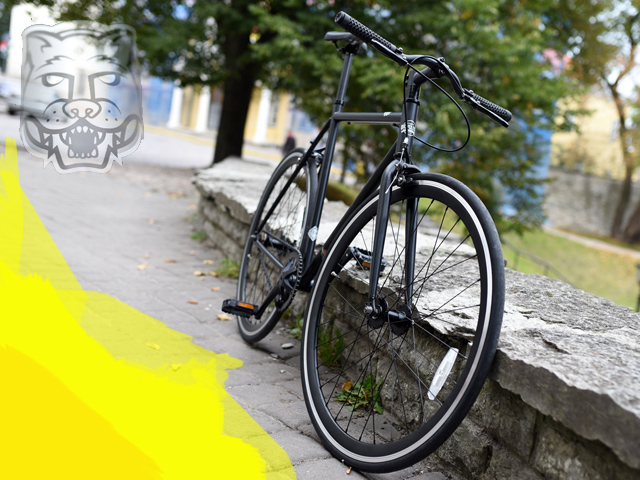 The new Core Line Wulf looks even better in person than in the pictures and performs better than can be expected without destroying your wallet.

The State Bicycle Co Wulf is a versatile single or fixed-speed bike crafted from steel. The overall concept is to be minimalistic with a slight racing look. This bike has more than first expected considering its low price. The color is black, but not the standard black. It is matte black which seems to incorporate a gray shade into it.

Core Line Wulf is a simple single-speed bike that gets the job done without too much fuss.

To get that complete look, the black color is mixed with silver on rims and clamps and other small details. As far as the details go, it has no big logos and texts except for the wolf-head logo on top and down tube. However, the box comes with different stickers so you can customize your bike as you like. 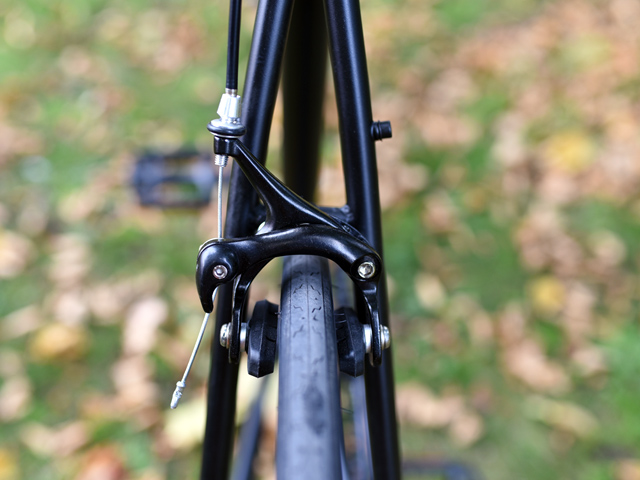 Side-pull brakes on rear and front

Minimalism stands out in every aspect of this bike regarding the components. Here’s the exception – brakes. They are easily adjustable dual-pivot caliper brakes. What differs from ordinary V-brakes (which are often used on single-speeders), is the design and the ability to set them up better. I remember from the early times, the V-brakes only aligned sometimes, even after hours of fiddling. However, if you get to know side-pull brakes, this Wulf proves to have an accurate approach to aligning the calipers.

Since the handlebar is a riser bar, you can use it in the lower or higher position. I tested both for this review. If you want higher, you should adjust the brake levers too, it takes just 30 secs. The brakes work as most non-disc brakes do, they need some more power to activate them but once you’re used to it, they will stop you when you need it. The grips (made by Vans) provided a good strong grip. If you want to lower the handlebar, you can take away the spacers. 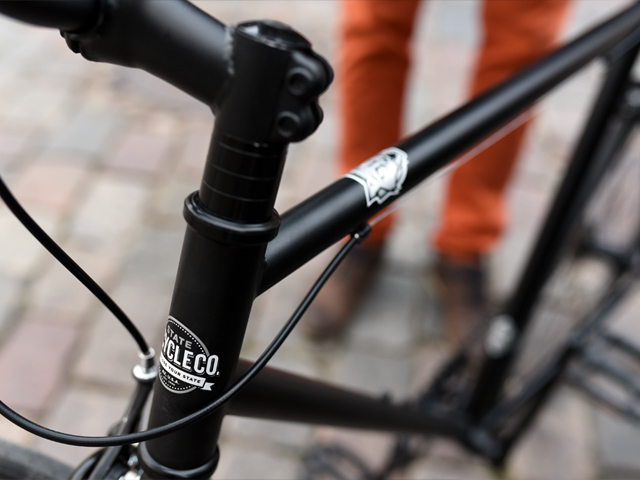 Handlebar height can be changed with spacers

It comes with plastic pedals. They are known to get out of order, but they rode okay when tested for review. Pedals are always something that is up to user preference anyway.

This Wulf has deep-section rims of 4cm, where the brake contact surface is silver. I’ve seen other Wulf pictures where this area is black too. You want to inflate the Kenda 25c tires to around 6 BAR to get a smooth ride and avoid the snake-bite. 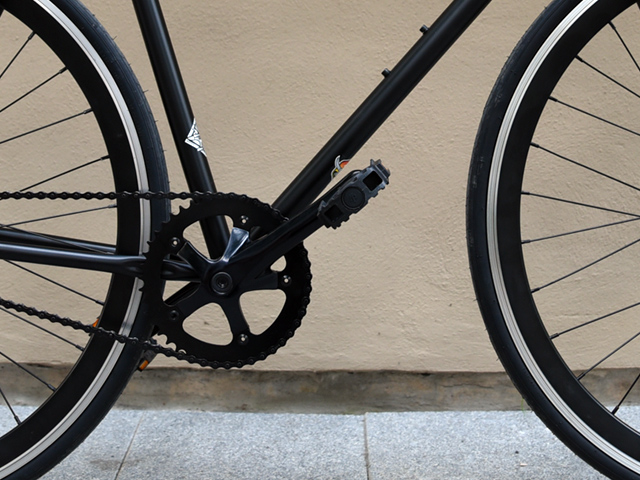 One of the first things you’ll notice on this bike is the fact that there are two chainrings (called flip-flop hub) on the rear. Many of the bikes are either fixed or single gear. If you don’t know the difference between those two, here they are: 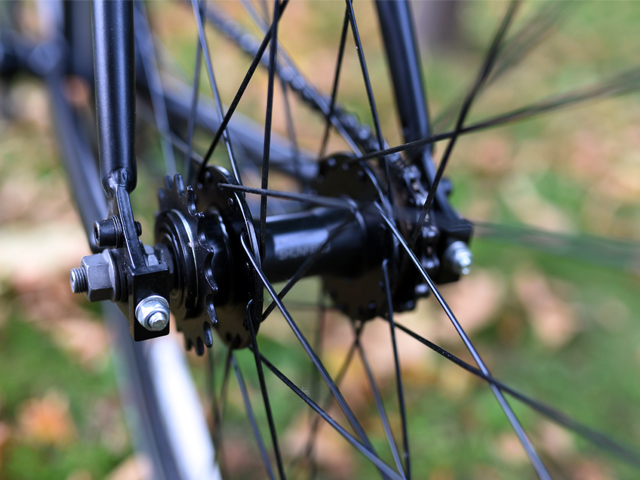 State Bicycle Co has made it easy to change between single or fixed gear. It takes about 5 minutes on the Wulf and other Core Line models. You can also easily use the chain tensioner to get the tension right. Trying fixed gear for the first time needs some getting used to because you need to relearn some aspects to make sure you’re riding safely.

The flip-flop rear hub on the Wulf gives you the option of riding either fixed gear or freewheel single-speed.

PS! There are no quick-release levers (good against thieves!), so you need a wrench for it! 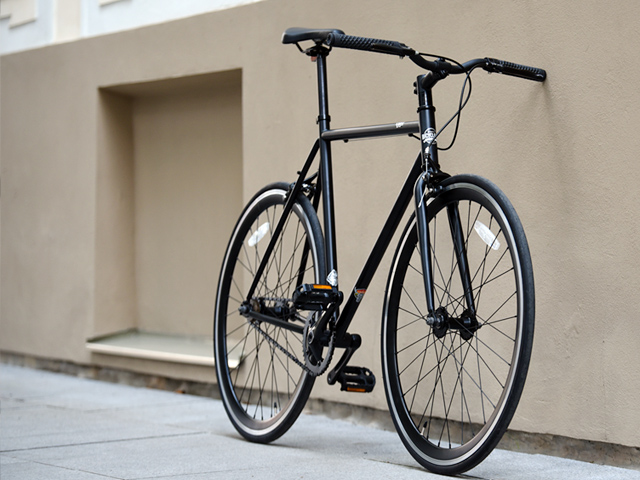 Core Line is a true commuter on the streets.

The Wulf arrived partially assembled. The only things you need to assemble are the front wheel (putting it on the bike), seat (with seat post and clamp), pedals, and handlebar. The brakes are preset but you may want to adjust them nonetheless. Since it has side pull caliper brakes, they need a slightly different approach than V-brakes.

Core Line Wulf is theft-proof as it has no quick-release levers!

One thing I must mention in this review – the bike came with some minor scratches on it. The frame was well wrapped for protection but it seems like one piece of padding moved which caused slight friction. However, the scratches could barely be seen so it was just okay for me, it didn’t affect the bike. 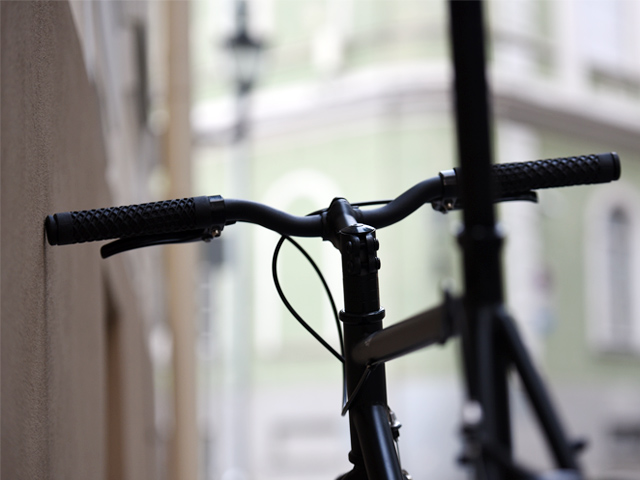 As far as tools go, you will need 4mm, 5mm, and 6mm Hex tools and for the pedals, a wrench. That’s pretty much it unless you want to add reflectors, then a Philips is a must too. Altogether it should take between 15-60 minutes (depending on your skill level). Always re-tighten all of the bolts before going outside!

IMPORTANT! State Bicycle Co warranty is only applicable when it is professionally assembled. I did not need professional help because I am familiar with it. If you’re not experienced or you’re not sure how to assemble a bike,I suggest you take it to your local bike shop or order assembly from Amazon. It’s the only way to get the warranty!

If assembled by professionals, the Core Line bikes have a 5-year warranty on the frame and 1-2 years on selected components. 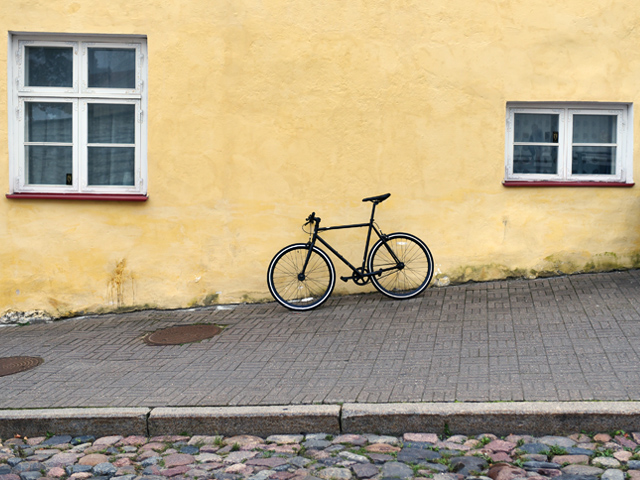 Wulf in its home – the city streets

We also tested with a 6’5“ rider and there was enough saddle height and length from the knees to the handlebar. So we believe that you’ll probably find this bike’s large size comfortable if you’re up to 6’5“. 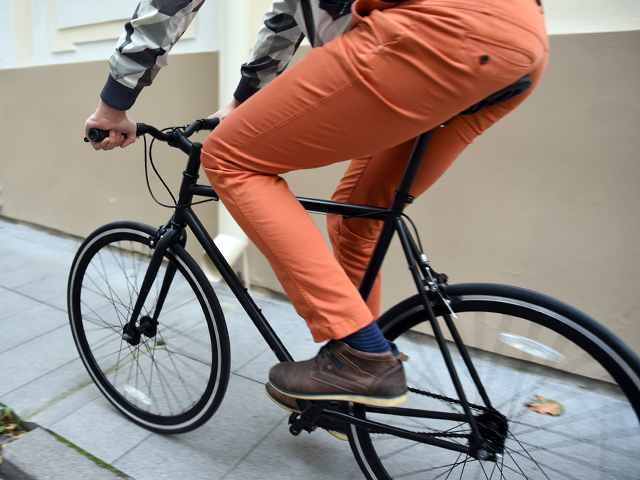 On the ride, it runs nicely, even with taller riders

State Cycles have other models in their Core Line too. They all sell from $425 to $499. The Core Line is meant for daily riders, without spending money for a build that you actually don’t need.

See More in Our Review of State Bicycle Co

We took the State Bicycle’s Wulf out where it belongs, the city streets. To be honest, it was a real head turner! Wherever we decided to take some pictures, people slowed their walk and checked out the bike. They weren’t just noticing it, but looking at the details!

To be honest, it was a real head turner! 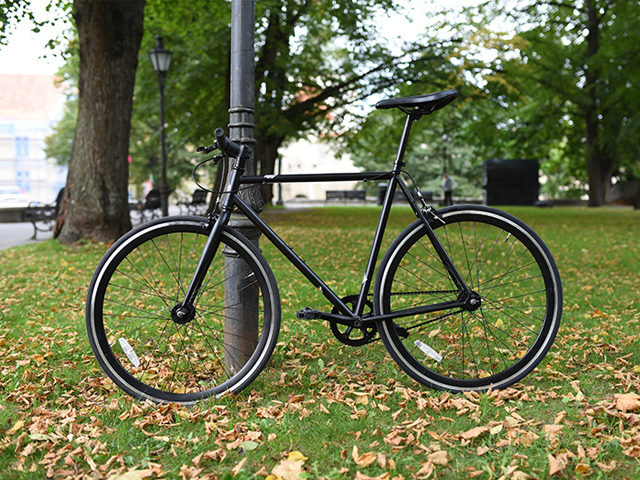 When riding, the narrow handlebar takes some time to get used to, especially if you used wide handlebars before. The bike is sturdy and looks minimalistic. The geometry seems to work fine. The handlebar and saddle height also felt natural.

It rolls on both paved and cobblestone streets with ease.  As an avid rider, it makes it clear that the Wulf is suitable for everyday riders. You can’t expect high performance or racing pedigree from this bike, but nonetheless it does a good job.

My wife said: “Actually, do you have another bike stand? It can stay in our apartment for a while. It has a pretty cool design“ 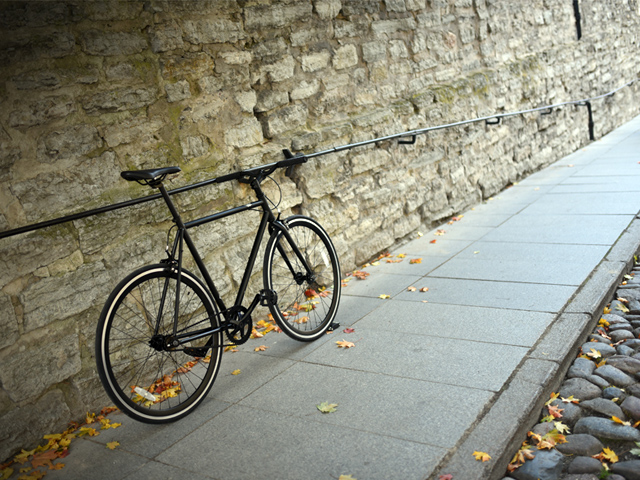 You can add fenders and bottle-cages for your needs without affecting the overall look. The total weight without those is 24.5lbs for the M model. It does feel a little bit heavy but it’s because I’m used to riding light carbon bikes. When looking at similar bikes, they are all around the same weight range.

The Wulf definitely has the build to stand out compared to other similar bikes. With a price of $425, you are definitely getting your money’s worth back.

This bike isn’t meant for competition but for enjoyment around the city! It is pure joy!

After 250 miles, I had to re-tighten the headset in a LBS. Worked!

How Does It Roll? 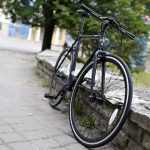 See on StateBicycle.com
Buy On Amazon