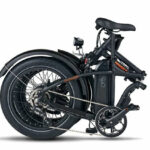 RadMini 4 is everything an e-bike commuter could ask for—a compact, foldable, fat-tire electric bicycle that performs well in urban and off-road settings. Rad Power Bikes has made a name for itself with stocky fat-tire e-bikes that overdeliver on comfort and accessories. While RadMini shares some of that all-or-nothing philosophy, it comes in a downscaled... Read More » 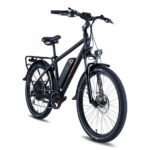 Rad Power Bikes RadCity is a well-rounded e-bike with an affordable price tag, perfect for commuting, hauling groceries, or replacing your car. Rad Power Bikes is a Seattle-based bicycle company known for fat, hybrid, folding, and cargo electric bicycles. RadCity is one of its best-selling models available with a step-over (RadCity 4) and step-through (RadCity... Read More » 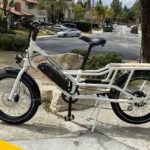 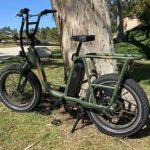 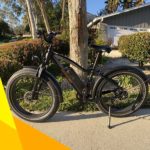 RadRover 5 is one of the most fun e-bikes in Rad Power Bikes’ lineup and certainly one of the most capable fat-tire bikes I’ve ridden so far.  The e-bike market is expanding quickly as an increasing number of companies have started manufacturing affordable and powerful electric bicycles that don’t cost as much as a car.... Read More » 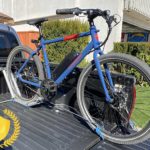 RadMission 1 is the lightest and simplest Rad Power Bikes e-bike you can get. This cheap city commuter is ideal for urban riders who are seeking more freedom, and I thoroughly enjoyed riding it.  In some circles, e-bikes used to have a bad reputation of being heavy, clunky, and too complicated to use and maintain.... Read More »