Lowrider bike movement is ever-growing and while these are not the most popular bikes at the moment, there is still a lot to learn from lowriders.

They are designed to be highly customizable and for slow riding.

Lowrider bikes are like no other bike you might find in the industry and are often referred to as more of a form of cycling art and culture.

Bikes come in many different shapes and sizes, lowrider bikes are some of the most unique. They are also known as cruiser, dragster, and pimp bikes.

Unlike many bikes, which are designed to be fast, stealthy, and lightweight, a lowrider bike is designed to go slow and get noticed.

In this article, we’re going to dive into the history and the aspects that make lowrider bikes so popular today.

Lowrider bikes are not like other bikes. Lowrider bikes originally started as statement pieces. They weren’t meant to be fast or comfortable.

Lowriders are more of a culture than a sport and the popularity has grown heavily. They are all about customization, and people use them to express their own unique style.

In their most basic form, lowriders come with small wheels and sit low near the ground. Hence the term lowrider. Many people start with a bike such as a Schwinn Cruiser, and then heavily customize it to suit their own personality.

A basic lowrider bike can cost as little as $300, but fully custom lowrider bikes can reach $10,000. The community is ever-growing and there are lots of shows and events circulating around lowriders.

Lowrider bikes are still somewhat popular in the US, but not so much in Europe or other parts of the world. Lowrider bikes have a rich history, and they actually started in the 1960s. The automotive scene was huge, and a man called George Barris, known as the custom king, started lowering cars and heavily customizing them.

Kids wanted to be a part of this, but with little money and no ability to drive took to their bikes and started to follow a similar principle. A common way of doing this was bending the steel forks forward and then adding modifications to the frame.

Schwinn was the first to catch on to this trend and created the Sting-Ray Cruiser. It was meant to resemble a drag car, and this Schwinn lowrider bike was trendy at the time. The Schwinn Sting-Ray Cruiser was a popular bike made purely for fun and not for transport. Since the 1960s, lowriders have had a place in cycling, and shows portraying some of the most customized bikes in the world still go on to this day.

Fun fact: a custom lowrider bike was created for a popular show in the 1960s called the Munsters and has a unique metal chain design frame. With the show’s popularity and the bike being a huge hit, every child wanted a lowrider, and Schwinn couldn’t make them quick enough. As far as lowrider bike parts go they were flying off the shelf.

Ride Low to the Floor

They don’t call it a lowrider for no reason. The most important thing about a low rider is that it should be right down near the tarmac. This can be achieved in many different ways, the first being small wheels.

Fork position helps to bring the bike lower too. The forks have a front-facing rake, which means they set the front wheel forward, dropping the frame further to the floor. It also gives the bike excellent handling and stability by making it a much longer wheelbase.

The frame also gives the bike properties to bring it closer to the ground. It is an extremely relaxed geometry, and the center of the frame sits right between the wheels, nice and low, unlike other bikes. For example, mountain bikes have a higher frame to make them more agile and nimble. A frame like this gives the user a huge amount of comfort and adds more stability.

The most stand-out feature of a lowrider bike is typically the banana seat and the sissy bar. A banana seat is a very large bicycle seat shaped like a banana. These are made for comfort and have a design that means the rider can lean back or carry two people. They originated from a motorcycle saddle and come in many different styles.

The Sissy bar is another feature of a lowrider that came across from motorcycles. They call it a sissy bar because it was a reference to carrying your sister on the back. It’s a bar that sits on the back of the saddle and is used to stop people from falling off the back when the bike is being ridden. A lot of people use the sissy bar on a lowrider as another part to customize.

The final main characteristic of the lowrider bike is the upswept ape-style handlebars. These offer the user an upright riding position and shift the rider’s weight backward for extra comfort alongside the large banana seat. They also offer a lot of control and are very easy to ride with for long periods of time.

The upswept handlebars originally originated from classic bikes and still to this day are seen on bikes like Harley Davidson. On lowrider bikes, they are another component that is highly customized. A popular design is solid chains, which are pretty sought-after. 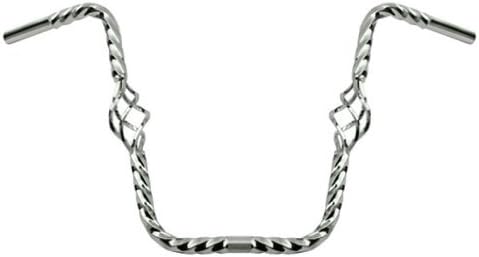 What makes lowrider bikes stand out is the level of customization. There are lowriders that have been chromed out with every accessory you can think of.

Some of the more usual customizations include welded frames, custom wheels with a huge amount of spokes, huge custom handlebars, fenders, and custom paint jobs.

Lowrider bike parts can be completely unique and designed personally for the rider.

Some lowriders have even been turned into tricycles. While this does add much more stability and definitely gives a lot more character, three-wheeled lowriders are not too common.

What makes a bike a lowrider?

Lowrider bikes are pretty unique. They are typically identified by large upswept handlebars, a banana seat with a sissy bar on the back, small wheels, and a frame that puts the rider right down near the tarmac in a comfortable position. Lowrider bikes are well known for being heavily modified and taken to many custom lowrider bike shows.

What are lowrider bikes called?

Lowrider bikes come under many different names. Some know them as cruiser, dragster, or pimp bikes. The interesting thing about lowrider bikes is that they are typically very custom to the rider and made to reflect their personality. In the show scene, no lowrider bikes look the same.

Most sources point to Joe Manny Silva from Manny’s bike shop in California as the inventor if lowrider bikes. People were so impressed with his creations that they became very popular. Joe Manny Silva brought lowriders to the scene, and since they have been a big part of American culture.

Lowrider bikes are very slow. They are heavy, typically only have one single gear, are not aerodynamic at all, and are covered in accessories. Lowriders are not designed to be fast. They're designed for slow cruising and showing off a piece of art to everyone.

How fast can a lowrider bike go?

Lowrider bikes are not designed for speed. Not only are they quite heavy and very limited when it comes to gearing no matter how much you pedal, but you will also probably only ride 10-15mph maximum on a flat ride.

How much do lowrider bikes cost?

Lowrider bikes can be very cheap or very expensive. A budget bike with basic components can be as low as $300. A custom lowrider bike can cost up to $10,000 and will typically not be ridden but featured at a show. 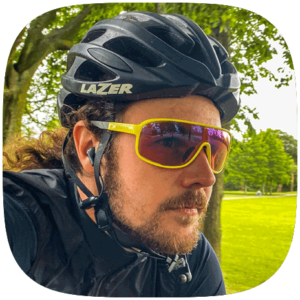 I’m Robbie Ferri, I am an Ultra Endurance Cyclist from the UK. I love all types of cycling but Bikepacking is my favorite thing to do. I have worked in the industry for 7+ years with some of the leading brands and also ridden to a top-level and broken ultra-cycling world records.