Zwift Review – Compared With Others 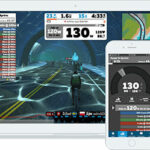 Zwift has truly taken over as the king of indoor cycling. The company is less than 10 years old, but already has over four million users and millions of current subscribers. When a cyclist thinks of indoor training, they think of Zwift. However, Zwift is not the only indoor training app in the world. Far... Read More » 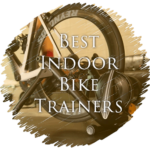 It’s not an easy task to find the best indoor bike trainers on today’s market. Indoor bike trainers are bigger and better than ever. There are countless varieties and brands to choose from, including direct drive smart trainers, wheel-on trainers, and indoor smart bikes. It is daunting to narrow it down, from Wahoo and Saris... Read More » 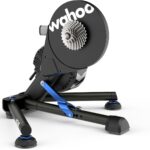 With a number of updates and add-ons, the latest generation of the Wahoo KICKR is a beauty. You’ll never need a more capable trainer, as the KICKR boasts a 2,200w power ceiling and maximum +/-20% simulated gradient. Don’t let its price tag scare you away, because the Wahoo KICKR is one of the best direct-drive... Read More » 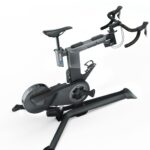 One of the most impressive indoor trainers we’ve ever seen, the Wahoo KICKR Bike is a next-level piece of cycling technology. The entire unit is customized you fit your desires and preferences, and boasts power and electronic capabilities that are nothing but the best. The KICKR Bike Simulator offers an unforgettable riding experience, and while... Read More » 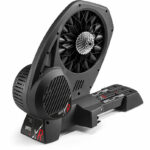 Introducing Elite’s top trainer, the Elite Direto XR. With a massive power ceiling and claimed +/-1.5% power accuracy, from the outside looking in, there isn’t a better direct-drive smart trainer out there for less than a thousand dollars. Elite Direto is one of the most capable smart trainers on the market, and there’s a... Read More » 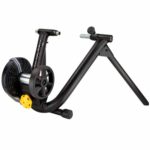 The Saris M2 is one of the most capable wheel-on smart trainers on the market and one of the most popular trainers in the world. If you’re willing to sacrifice a few percentage points of power accuracy, and risk waking up the neighbors, the Saris M2 is both an affordable and capable choice. For less... Read More » 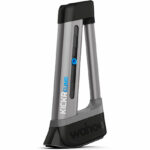 A game-changing piece of indoor cycling history, the Wahoo KICKR Climb has been one of the most sought-after pieces of indoor training equipment since 2017. Using a simple but elegant design, the climbing gradient simulator quickly gained a following of thousands of dedicated users. The KICKR Climb is still incredibly popular – for those who... Read More » 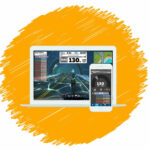 Indoor cycling has never been more important than in the last 12 months.  These apps help us train, track our progress, analyze our rides, and connect with thousands of other riders from around the world. Here is a round-up of all the best indoor cycling apps.   With a high-tech computer inside each of our... Read More » 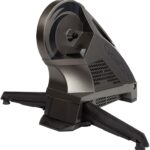 An upgrade from the original CycleOps Hammer, but a downgrade from the Saris H3, the CycleOps H2 falls in the middle of a smart trainer family that is known for its fantastic build and great ride quality. While the H3 is known for being one of the quietest units on the market, the H2… not... Read More »

Review of Stages SC2 Plus 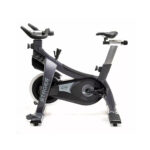 This is a spin bike rather than a smart bike. The Stages SC2 Plus is your purpose-built indoor bike for thousands of hours of workouts and spin classes. Its super adjustable frame is built to last, with a sturdy aluminum build that is as silent as can be. The manually adjustable knob might be a... Read More »