Well, it’s time to publish the bike facts and statistics that we have been gathering for some time. We tried to find the freshest data possible and present it to you. There is lots of information from the 2000s, but not much from 2022. Nonetheless, we’ve managed to get a pretty nice selection of numbers, so let’s dive into the facts about bikes. 🙂

How Many Bikes Are There in the World?

Nobody knows exactly how many bikes exist in the world, but it is estimated that there are somewhere around 1 billion. It’s a huge number. For comparison, there are around 1.5 billion cars in the world.

At the end of the last century, the numbers were as follows: 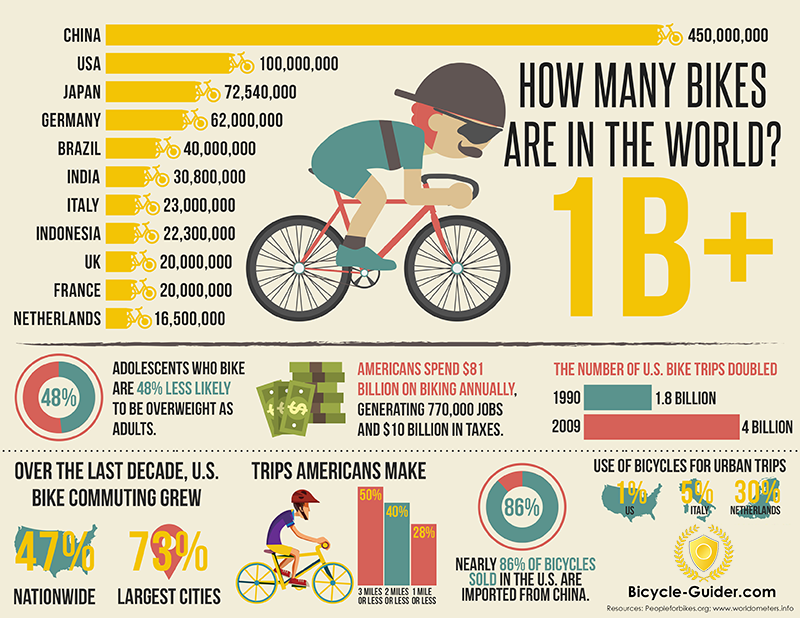 China is massively holding the first position. China, India, EU, Taiwan, and Japan are responsible for 87% of global production. 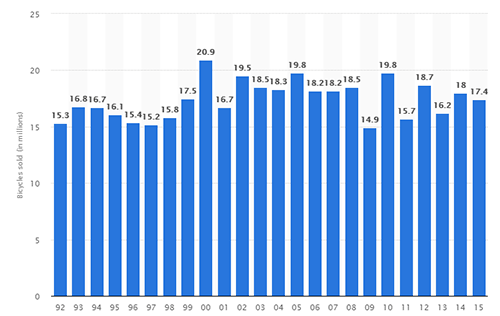 The country with the most cycling enthusiasts is Denmark. It’s pretty well known that Danish people love cycling and the cycling statistics prove it:

However, that also means that the number of bikes that get thrown away is on the rise as well. 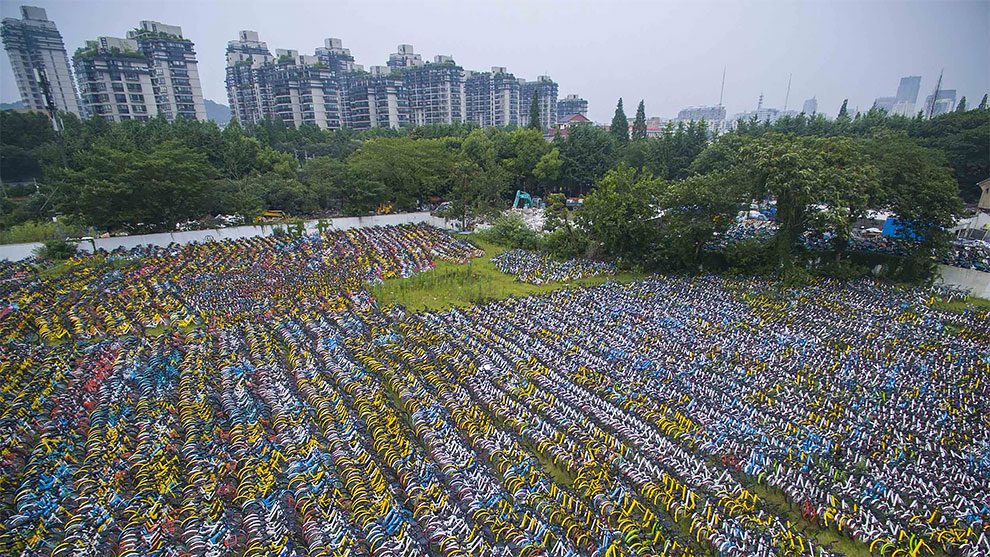 How Has the Pandemic Changed the Bicycle Industry?

As we are all painfully aware, our lives have taken a turn in the past few years.

According to Statista, the amount of money spent on bicycles and accessories grew from $6 billion to $8.2 billion in the span of a year. 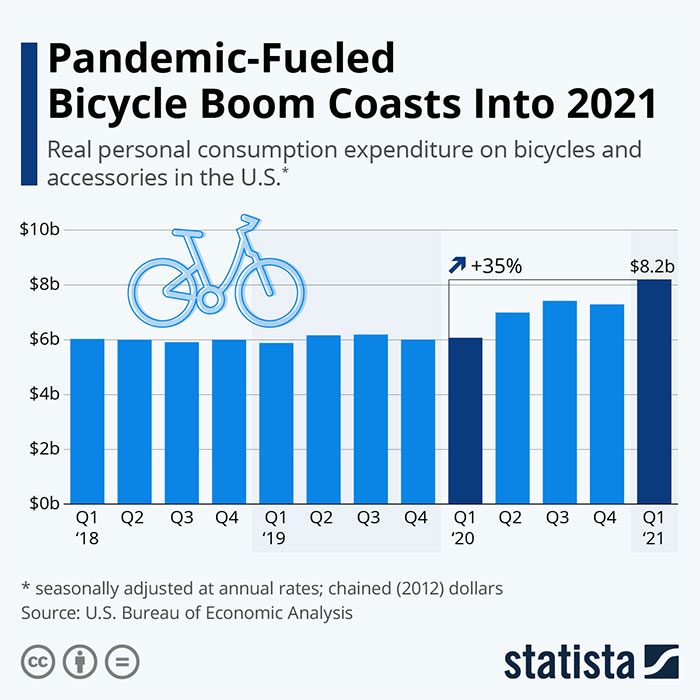 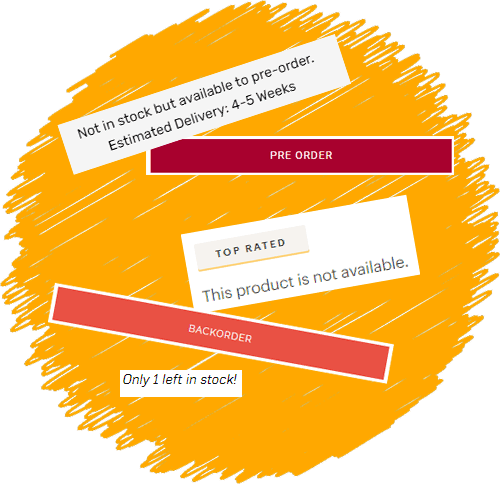 The growth and pandemic combined led to another problem – a shortage of bikes. The “Bike Boom” as many called it, was a nuisance for both manufacturers and customers.

It’s was a combination of many factors:

Smaller stores took the hit too. For an LA bike shop, the bike sales grew 55% between December 2020 and February 2021 compared to the same period a year ago. As a result, bike prices went up quite a bit.

While the market has somewhat stabilized, there are new problems arising and keeping the prices up.

The war in Ukraine along with sanctions has caused the prices of raw materials and rising production costs to skyrocket in the bicycle industry chain (Source).

We ran a poll in three popular cycling groups, asking the members about their favorite bike types. Here are the results.

Bicycling From the Aspect of Money

Cycling instead of driving a car can also positively impact your personal finances:

These are the 10 US cities with the highest parking prices, according to a study by Parking Property Advisors and Parkopedia. Riding a bike in these cities instead of driving would save you the most money:

If you’re wondering how much money you’d be able to save annually by cycling to work, you can use this calculator to come up with an approximate number. You’ll be surprised with the result!

The cycling industry is simply huge and it’s constantly growing. Therefore, do not be surprised that the numbers below are going to be gargantuan as well.

What’s the Estimated Size of the Bicycle Market in the US? 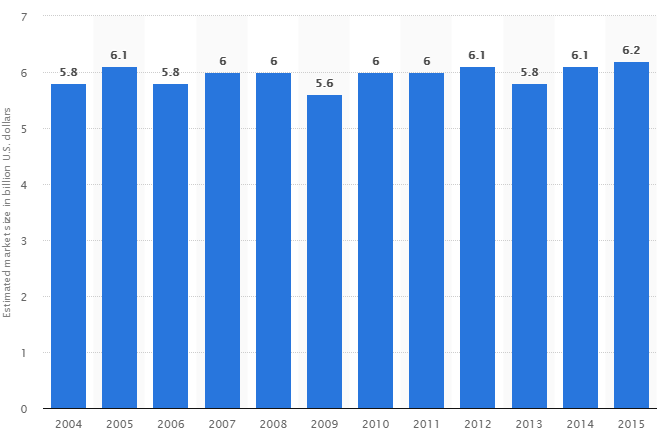 What does this number include? Retail sales of bicycles and related parts and accessories through all channels of distribution. 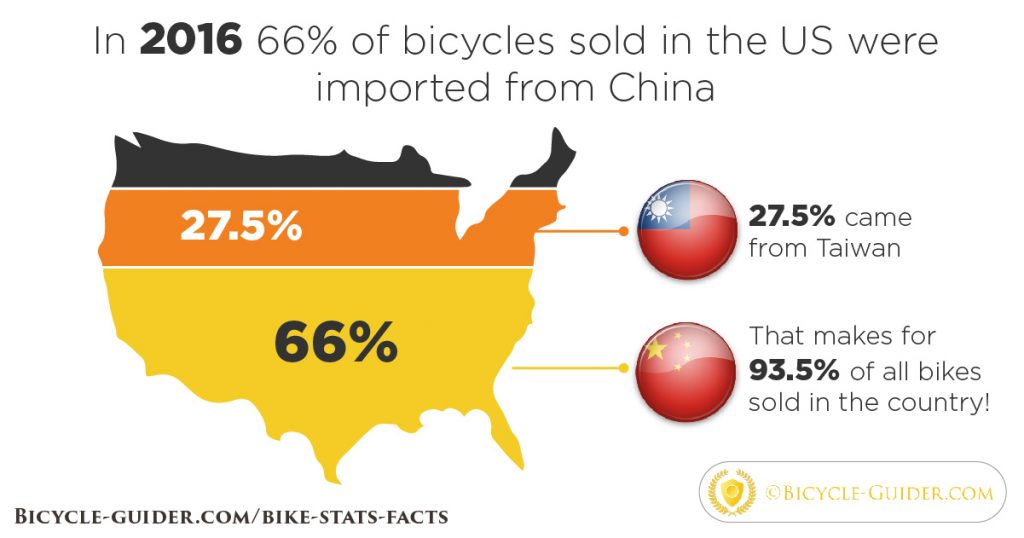 Unfortunately, women still do not take up cycling as much as men. Here are some interesting facts that help us understand this situation better: 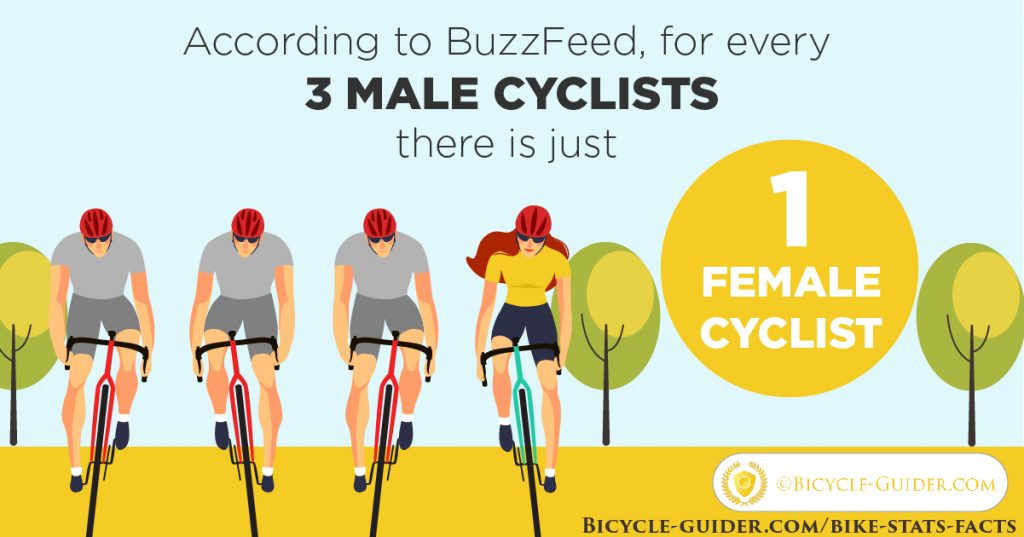 According to BuzzFeed, for every 3 male cyclists, there is just 1 female cyclist. 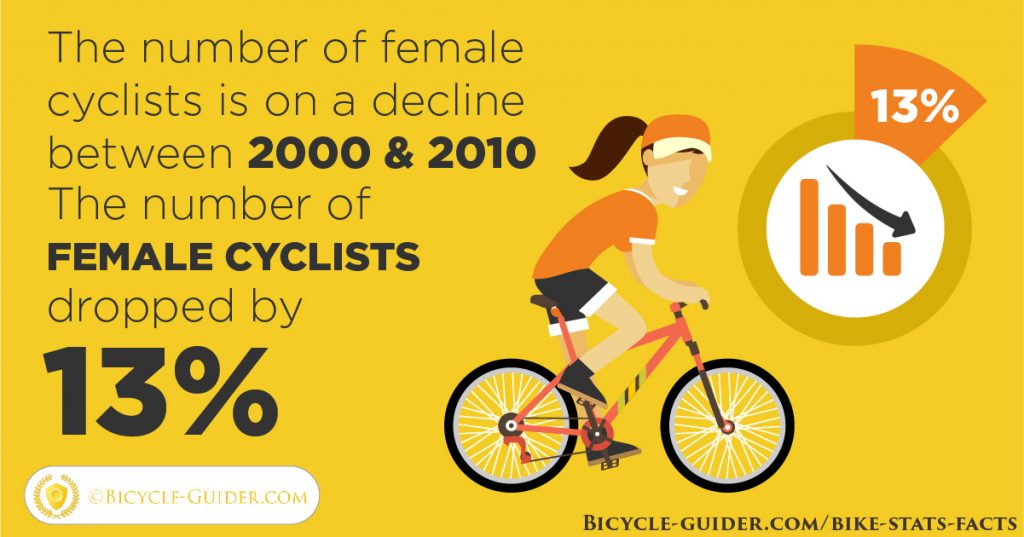 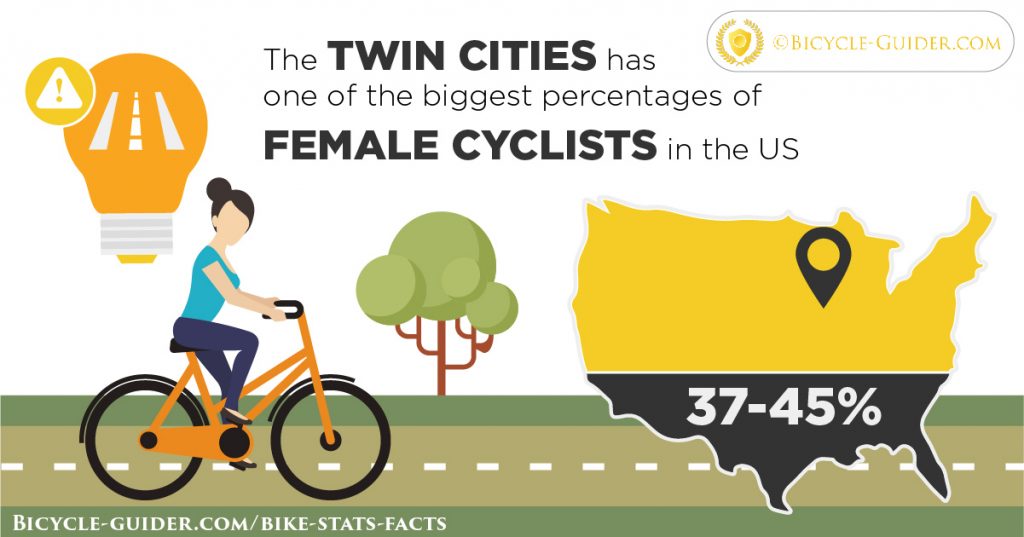 The Twin Cities has one of the biggest percentages of female cyclists in the US – 37 – 45%. 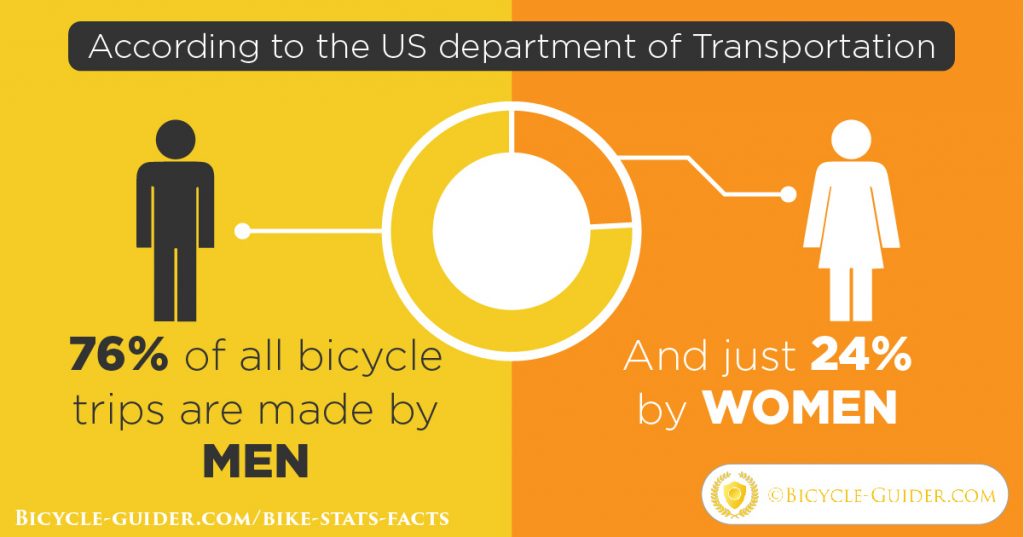 According to the US Department of Transportation, 76% of all bicycle trips are made by men and just 24% by women.

Bicycle tourism also plays an important role when considering the size of the market:

How Much Did the Accell Group Earn?

The Accell Group includes different bike manufacturers such as Diamondback, Raleigh, Ghost, and others. In 2017, they made $1,06 billion in sales. 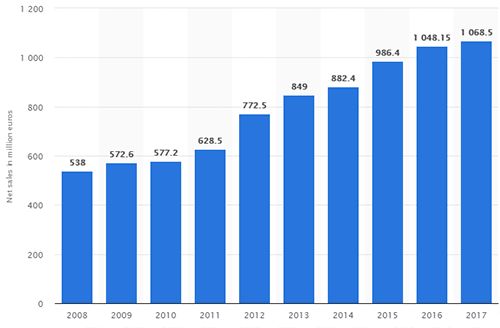 As you know, cycling is not only good for economics. It’s one of the best ways to exercise and stay healthy as well. It can help you lose weight and get fit, on top of getting you from point A to point B. It truly sounds like the perfect activity to do if you need any of these results.

Here are some interesting cycling health facts we’ve picked out that will tell you more about it:

If this is not enough to convince you to start cycling, you should know that riding a bike can protect you from diseases and prolong your life: 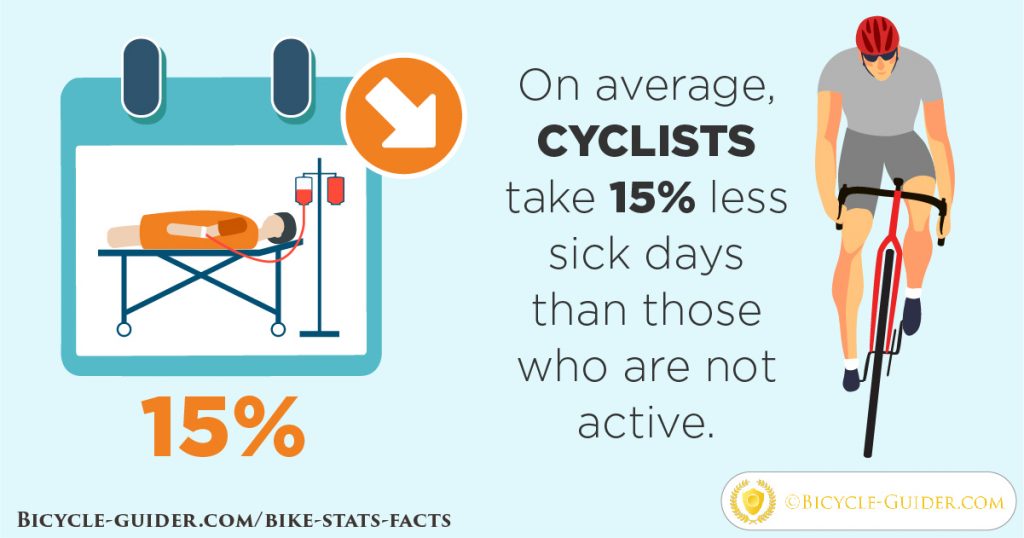 On average, cyclists take 15% fewer sick days than those who are not active 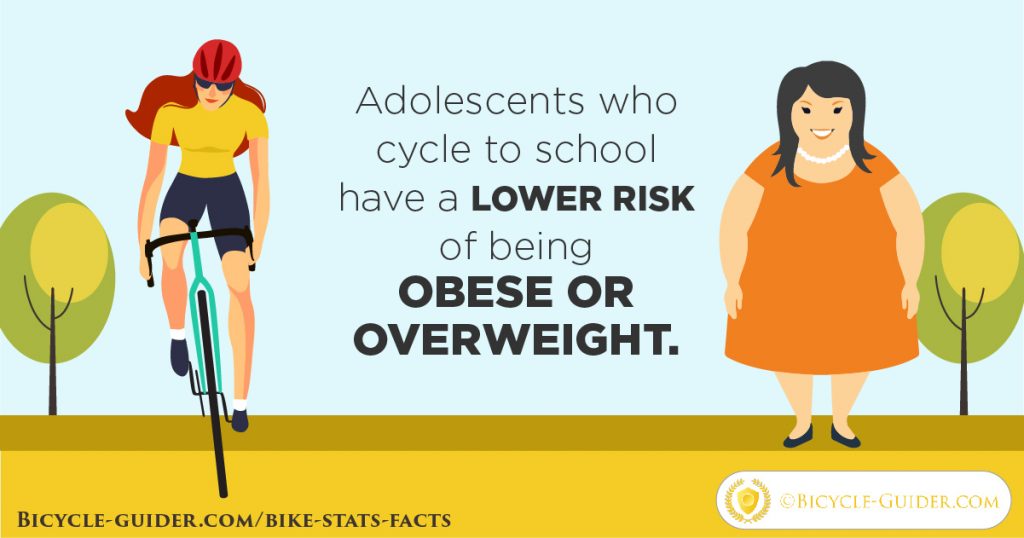 Adolescents who cycle to school have a lower risk of being obese or overweight.

Are you thinking about riding your bike to work? You might have heard some horror stories, but most of them are not true. In reality, the benefits of cycling to work greatly outweigh the potential risks, that’s something numerous studies show.

For some additional convincing, check out these interesting facts that we have found about riding your bike to work: 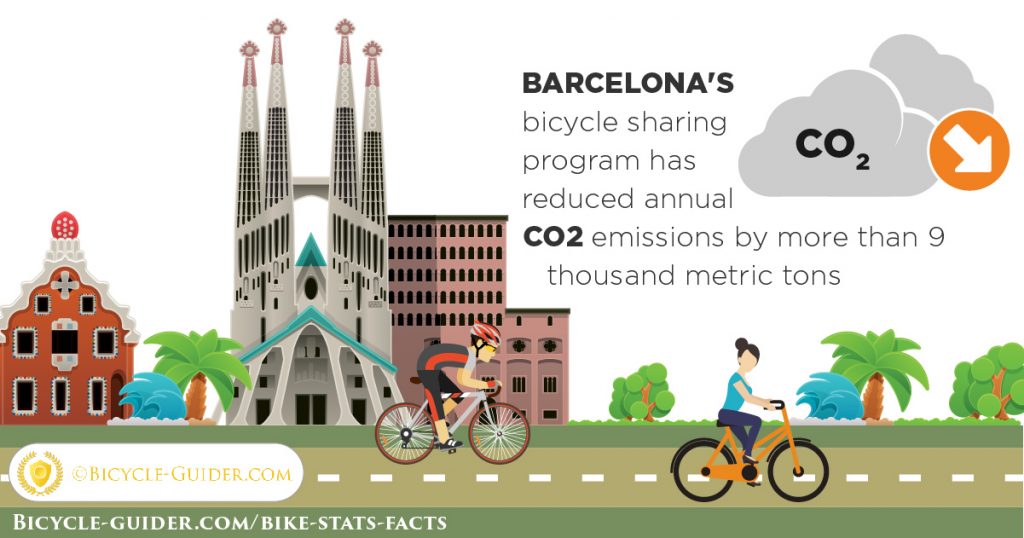 But riding to work has many other implications as well: 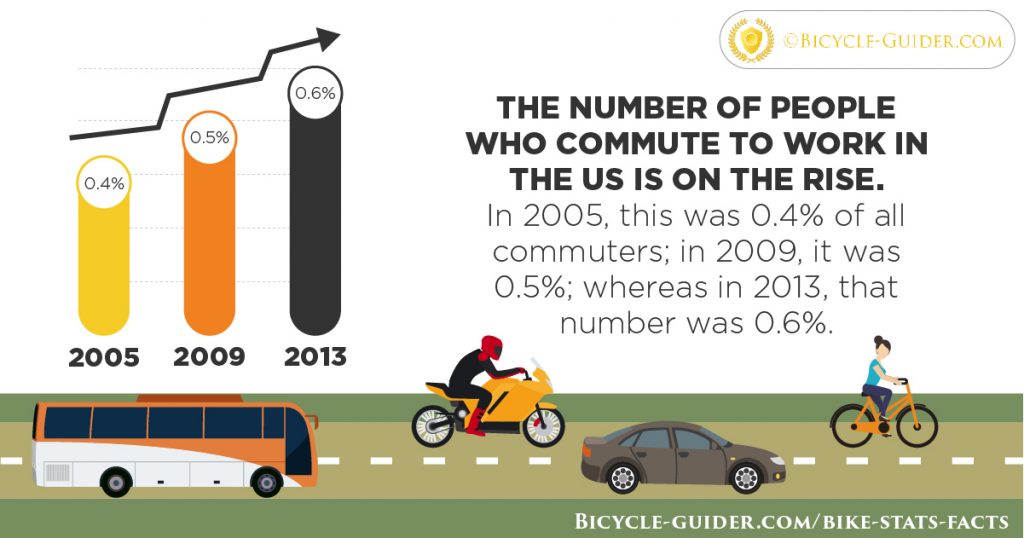 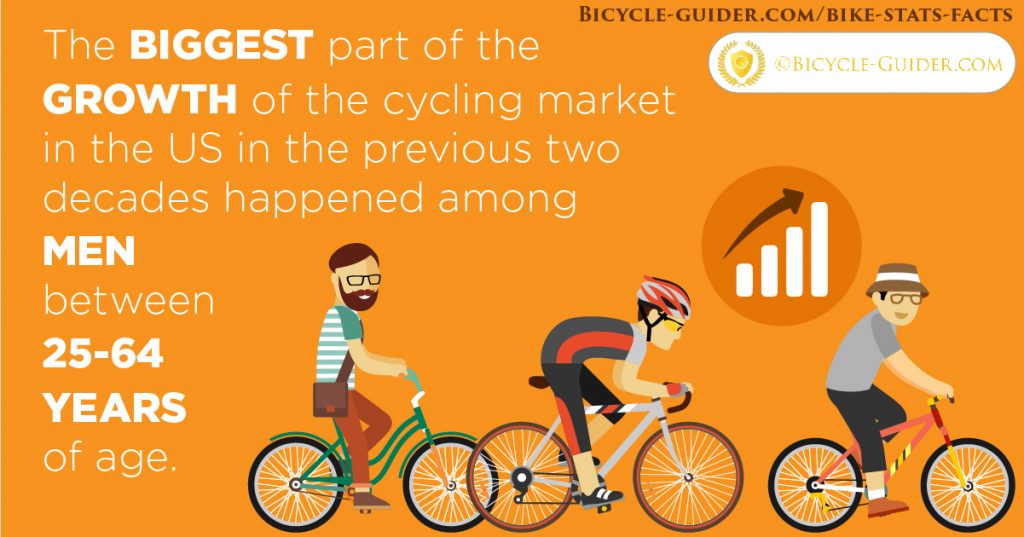 Have you ever wondered which US cities have the highest numbers of bike commuters? Here are the top 10 according to the League of American Bicyclists:

Portland State University did a great research which we are going to cover in this section. To gather the information, they asked 1,784 e-bike owners all over the US.

How Many Bikes Are Converted to E-bikes? 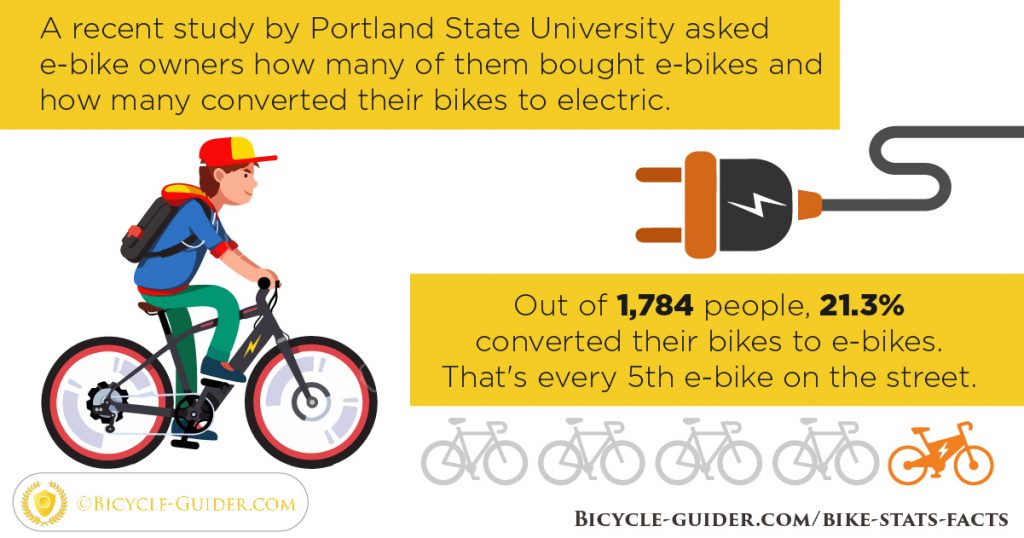 We believe this number is declining because e-bike prices are going down each year.

Where and What Types of E-bikes Were Purchased? 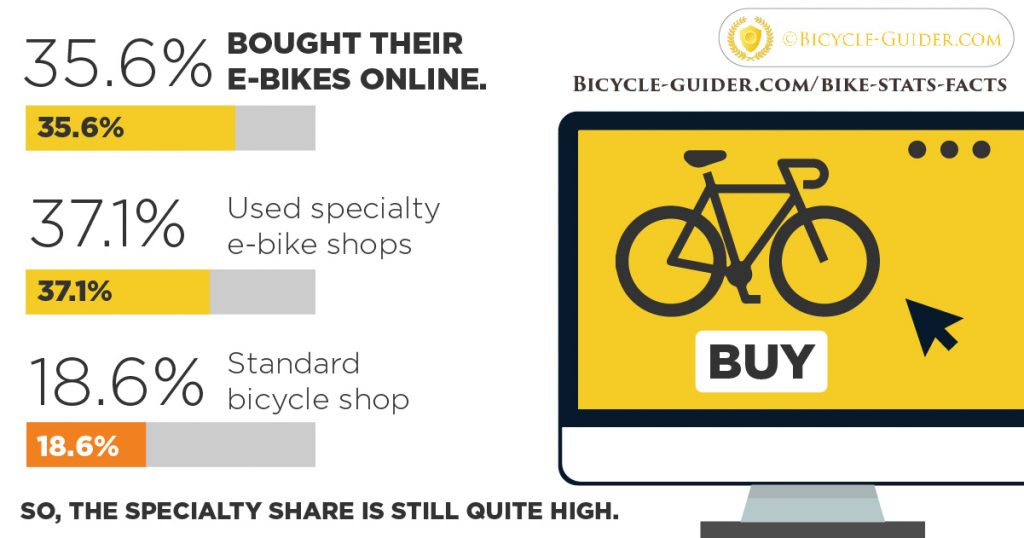 35.6% bought their e-bikes online. 37.1% used specialty e-bike shops and 18.6% a standard bicycle shop. So, the specialty share is still quite high. 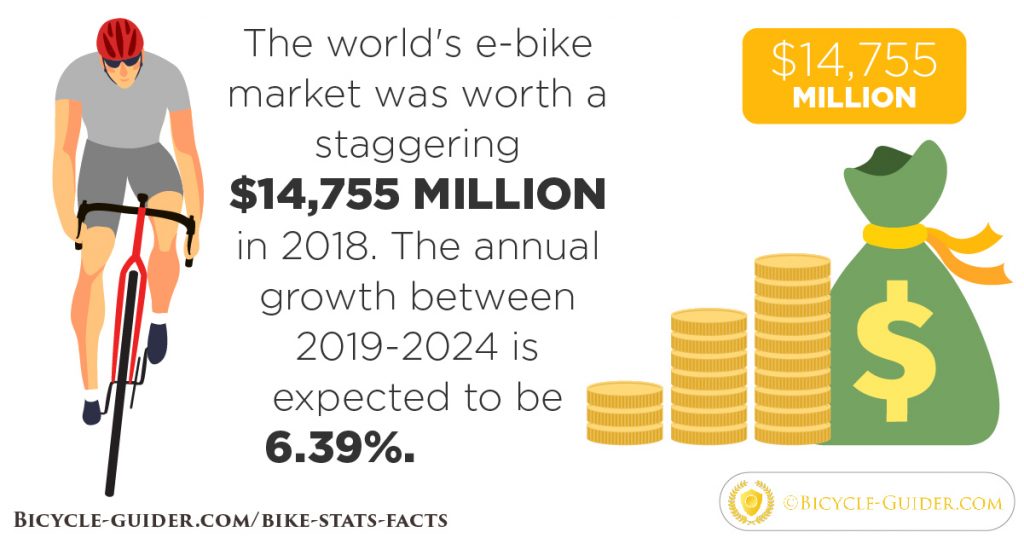 These Are the Five Biggest E-bicycle Manufacturers in the World, According to Numbers:

Where do EU countries import their bikes from? 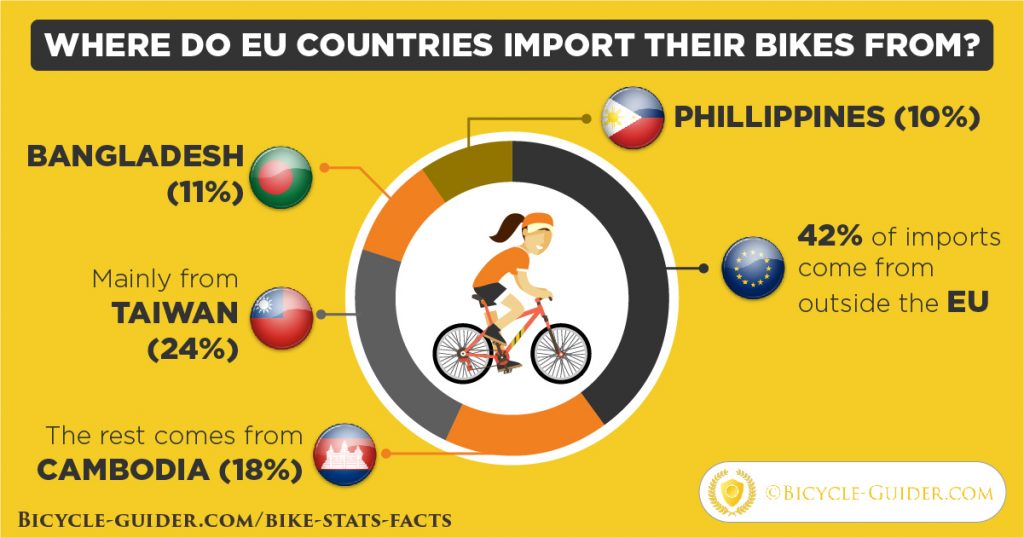 What are the three reasons why bike owners don’t ride more? The answers of 1,755 respondents were quite interesting:

Interesting results? That might be the reason why cycling to work isn’t as popular as we would like it to be. 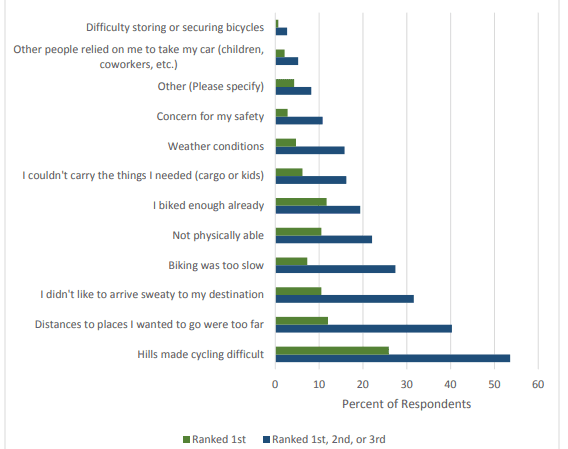 Let’s see some other popular answers as well:

4. Biking is too slow
5. Not physically able to ride a bike
6. I biked enough already
7. I couldn’t carry the things I need (cargo or kids)

What’s surprising is the fact that the difficulty of storing or securing bicycles was the least popular answer. It means that people feel that their bikes are safe when locked.

However, bicycle theft statistics show a different reality. But, let’s see what the numbers actually say.

Here you can find more electric bike facts and statistics

How Many Bikes Are Stolen Daily in the UK?

Bikes are fairly easy to steal and resell. But these are not the only reasons why huge numbers of bikes are stolen. The main reason is that they are actually not locked properly.

What are the top 10 cities in the UK with the highest bicycle theft rates? 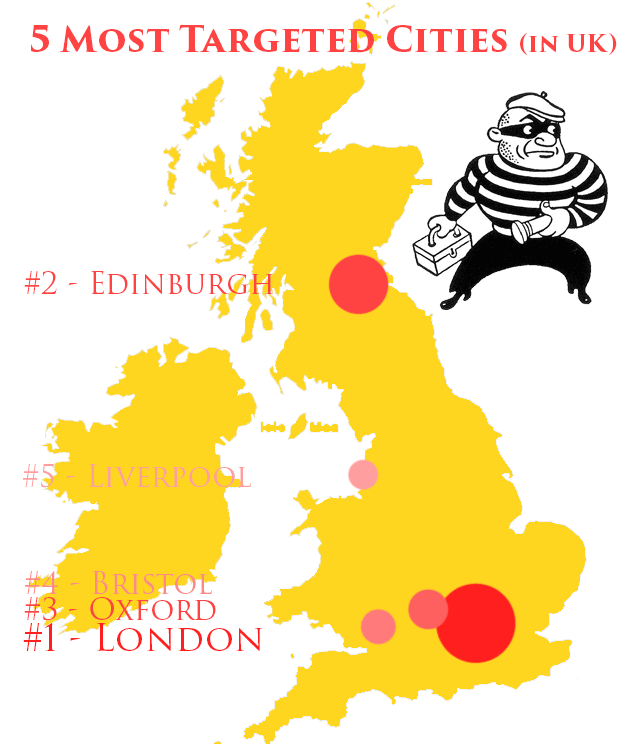 The others are Manchester, Cambridge, Cardiff, Bournemouth, and Reading.

How Many Bikes Are Stolen Daily in the US?

According to Markel Insurance, 188,500 bikes are stolen each year in the US. That’s half as much as in the UK. However, that makes for 516 bikes stolen every single day and one bike every 3 minutes.

What Are the Top 10 American Cities With the Highest Bicycle Theft Rates?

Where are the “sweetspots”? Let’s see the top 10 cities and then compare it with cycling rates.

Top 10 American cities with the highest bike theft rates according to thebestbikelock.com are: 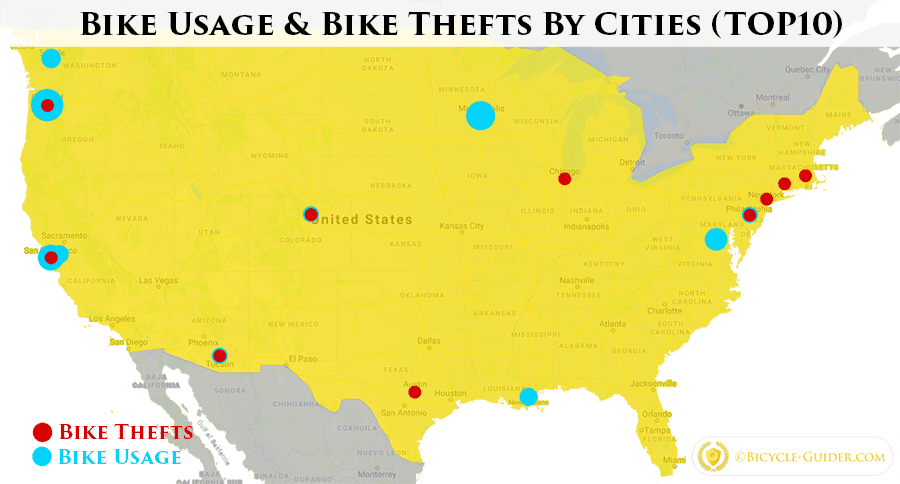 Let’s have a look at the bike usage as well.

The Top 10 Cities With the Highest Bike Usage Rates in the US Are:

As you can see, some of the cities with the highest usage rates do not have high theft levels at all. And vice versa. Security is crucial!

What Bike Brands Are the Most Stolen Ones (In the UK)?

As you can see, the top five brands make 76.4% of all the stolen bikes. Moreover, the top 3 make almost 60% of the bikes stolen in the UK. That comes as no surprise because these are the most popular brands in the UK as well.

The full report is available on road.cc

What Were the Most Popular Stolen Bikes in the UK?

If we dig deeper, then we come up with these results. You might think that they would be cheap Mongooses, but here are the results:

The more bikes on the road, the easier it is to sell a stolen one. We believe that thieves go for less-distinctive bikes.

Wow, the average price is quite high according to that information.

The Lowdown of Cycling in Denmark

We’d love to have no stats to show in this section. Unfortunately, cycling fatalities are a tough reality. The data provided by the U.S. Department of Transportation’s Fatality Analysis Reporting System (FARS) shows how grim the stats are.

The good news is that child cyclist deaths have declined in recent years. The bad news is that deaths among adult cyclists have tripled since 1975.

Here are some other facts that will spread awareness of the importance of safety precautions when cycling:

By analyzing cycling fatalities by age and gender, cycling statistics show that males are at much higher risk:

Part of the year and time of the day also affect cycling fatalities:

Of course, where you ride also affects how much at risk you will be in traffic. Urban areas are generally much more perilous than rural areas.

So, the main takeaway is to always wear a helmet, never drink and ride, and exert the most caution when crossing intersections. These are the biggest contributors to cycling-related fatalities.

Let’s do a joint effort to change these facts for the better in the following years!

Hope you enjoyed it!

Feel free to share it below with your readers & friends!

We will update it whenever there’s some fresh information!

Keep in mind that the images are copyrighted (if not stated differently). You can use them if you link back to this source.

Other resources and stats used on this page